Having once experienced the joy of sex (excluding time spent alone) I can honestly say that there really are days when riding a bike rivals time spent between the sheets (or in the back seat of the car, on the car bonnet, in the broom closet, on the table, etc).
Yes. Really.

And today was another one of those perfect mornings for riding a bike. A cool, dry, overcast morning with clouds hanging low on the horizon. Hitting the trails well before dawn gets me a clear run on my favourite loop of singletrack. Rain from the past few days dampens the ground: just enough for patterned rubber to maintain traction yet not too much to bog them down. I float. I grind. I whoop through a few technical sections. Then back to grinding. And floating. And whooping. And all various combinations. Two hours later the sun breaks through the clouds and light surges through the trees dappling the ground. I can’t read the terrain as well as I would like. I fatigue and make a few mistakes. Then the trail throws me off for a minor indiscretion. I walk my bike. I burn. But I clear the last run. Clean.
I finish as the tracks start to fill with other riders. 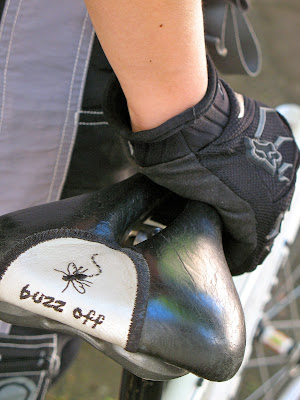 Apart from doing it rather badly there is little that I know about mountain biking. But one thing that I have noticed in my short jaunts in the wilderness is that there are plenty of dual-suspension bikers out there. And a lot of them choose to ride their suspension. That is to say they squat their suspension over the many man-made obstacles as if to negate their presence - to negate the very reason for their being. Sure, in a race situation this manoeuvre keeps the tires connected to maintain speed and traction. But this isn’t racing. It appears to me that some riders use their suspension to take the fun out of riding. I wonder whether they will ever learn, and, if not, whether that means anything. They enjoy the ride regardless. Sometimes I wish I had a dual-suspension bike.
I think about cleaning my bike as I hang it back on the rack. I think I’ll clean it next week after my ride. A ride that has a more than 50:50 chance that I won’t do.
I have breakfast, take a shower and slip on my (current) favourite T-shirt.
I’m now ready to face the real world. 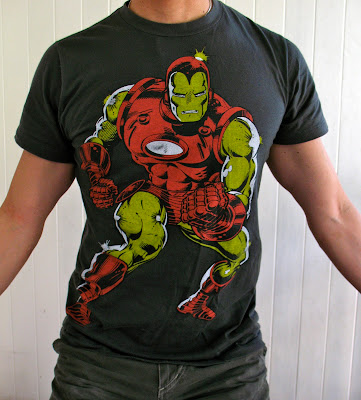 I am ironman. I have four shirts to iron before Monday.

Saturday morning grocery shopping is a constant part of the weekly routine. On the way I almost run over an old chook crossing the road. She pulls out from behind a parked car and walks directly across my path. On seeing I had stopped (or on hearing the brakes screech, I’m not sure which of the two senses is the less diminished) she then decides to continue by the shortest route to the store - which means walking along the road and ignoring the line of the cars building up behind me. I meet her again as she pushes in front of me to get to the fruit and vege shop. And she crosses my path once more as she jumps the queue waiting at the checkout. The lady in front of me turns and we smile. This ancient soul knows the lie of the land. She has probably seen many of her family and friends move on. She is more cognicent than the rest of us that our time in this world has a start and a very definite end. Social graces and common courtesy be damned: she has things to do. Either that or her senses are going. The world is a blur around her, and she deals with her daily tasks with singular focus.
A shortcut may be the fastest way between two points but is not necessarily the best way to travel. Life isn’t a destination and if it were we’d all be building pyramids and this old girl would probably beat most of us. There is a fine line between preparing for the future and building a pyramid. Preparing for the future (assuming that one has enough for the present) is smart. Building a pyramid is simply a waste. Taking a shortcut to the end is where we cross that line.
Still at the shops I overhear a young girl whisper to her partner “Will you still love me when I get old and fat?” as an opulent, older lady sachets slowly in front of them. I don’t hear the response but we all know the correct answer: “Yes. What a silly question...” taking care not to miss out any words. In my head I already answered for him: “Well, it depends on whether I have a choice”.
The erudite are aware of the choices available. Making a good choice in a free world requires some level of discipline. Staying with that choice requires commitment and/ or insight.
I come home and put away the shopping. I take a look at the renovation plans sitting on my desk. The plans include a room just for bicycles. I’ve become weary of trying to squeeze a little collection into an even littler room. And I bought another bicycle last week. A beautiful steel frame sold with a modern, mid-range component group transferred across from a new bike. The seller tells me that he can’t shift old frames without selling them as complete bikes. Most people don’t care about steel frames. I don’t care for the attached componentry. Jim comes over and we do a deal: he gives me some coin and I hand over everything but the frame. We have a chat about my bikes.

I take another look at my renovation plans and wonder how to arrange my bikes in the new room. I tell myself that I am not stocking a pyramid. But I can never know.
I pull out my woollen Molteni jersey that, many moons ago, I paid a princely sum of $300. I have always feared that one day I would find a hole in it where a moth has left its mark. Today I find that hole. I let out a sigh and think “I should get that fixed". I put the jumper back. 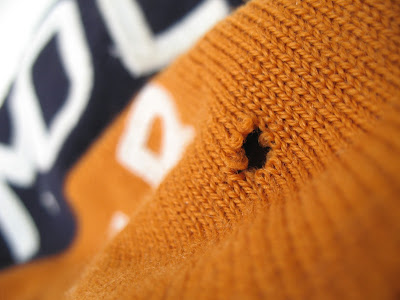 I rather enjoy mowing my lawn. I am no green thumb but I can look after grass. I decide that it might be time to throw on more fertiliser. There’s something raw and honest about spreading chicken shit and what-nots with your bare hands.
I wash my hands but they still smell. But I don’t mind the smell.
I read a review by BikeRadar on Shimano Ultegra Di2 giving it a 4 1/2 star rating. In the write up it describes Ultegra Di2 as “...still far from cheap but it's not far off from the disappointingly mediocre mechanical Dura-Ace group while offering vastly superior performance...” Well, how about that. Mechanical Dura-Ace is now mediocre. Such is the pace of evolution in bicycle technology. I have a a Chinese-made GT road bike. It is a couple of years old but runs current model, mechanical Dura-Ace. I have several older bikes running obsolete derailleurs. The bicycle I rode this morning has no derailleur. Mechanical Dura-Ace seems pretty good to me.
It’s been a long time since I raced a bike. I can’t even remember the last time I rode on the rivet.
I pull out the movie ‘Sideways’. I’ve already seen the movie twice. I watch it again. 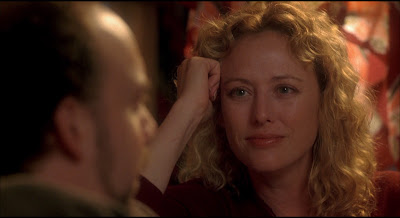 Maya: You know, can I ask you a personal question, Miles?
Miles Raymond: Sure.
Maya: Why are you so in to Pinot?
Miles Raymond: [laughs softly]
Maya: I mean, it's like a thing with you.
Miles Raymond: [continues laughing softly]
Miles Raymond: Uh, I don't know, I don't know. Um, it's a hard grape to grow, as you know. Right? It's uh, it's thin-skinned, temperamental, ripens early. It's, you know, it's not a survivor like Cabernet, which can just grow anywhere and uh, thrive even when it's neglected. No, Pinot needs constant care and attention. You know? And in fact it can only grow in these really specific, little, tucked away corners of the world. And, and only the most patient and nurturing of growers can do it, really. Only somebody who really takes the time to understand Pinot's potential can then coax it into its fullest expression. Then, I mean, oh its flavors, they're just the most haunting and brilliant and thrilling and subtle and... ancient on the planet.
Miles Raymond: What about you?
Maya: What about me?
Miles Raymond: I don't know. Why are you into wine?
Maya: Oh I... I think I... I originally got in to wine through my ex-husband.
Miles Raymond: Ah.
Maya: You know, he had this big, sort of show-off cellar, you know.
Miles Raymond: Right.
Maya: But then I discovered that I had a really sharp palate.
Miles Raymond: Uh-huh.
Maya: And the more I drank, the more I liked what it made me think about.
Miles Raymond: Like what?
Maya: Like what a fraud he was.
[Miles laughs softly]
Maya: No, I - I like to think about the life of wine.
Miles Raymond: Yeah.
Maya: How it's a living thing. I like to think about what was going on the year the grapes were growing; how the sun was shining; if it rained. I like to think about all the people who tended and picked the grapes. And if it's an old wine, how many of them must be dead by now. I like how wine continues to evolve, like if I opened a bottle of wine today it would taste different than if I'd opened it on any other day, because a bottle of wine is actually alive. And it's constantly evolving and gaining complexity. That is, until it peaks, like your '61. And then it begins its steady, inevitable decline.
Miles Raymond: Hmm.
Maya: And it tastes so fucking good.

As the film critic, Nick Rogers has said on Rotten Tomatoes: “‘Sideways’ is about wine aged to perfection sipped by men who've aged to mediocrity...”
Ah yes. I allow a little chuckle to myself.
A perfect way to end a perfect day.
And I don’t even like Pinot.

"they squat their suspension over the many man-made obstacles as if to negate their presence - to negate the very reason for their being."

Mate it's not an existential dilemma-it's called pumping the trail for free speed. I'm not surprised you haven't heard of it before-most roadies haven't.

Ahh.. Yet another reason why they are so much faster than me..