The cost of things


2AM in the operating theatres at the Townsville General Hospital. An all-male team is in the process of nailing a femoral fracture of yet another young man who has come off his motorcycle at speed.

“Ok, so how much do you need to be paid to have sex with Megan?” (Megan - not her real name - being an ample, somewhat sloppily-constructed colleague with the added misfortune of having a fat hump behind her neck - with hairs growing out of it)

A pause ensues as the reamer crunches its way down the guide wire and across the fracture site. The anaesthetic registrar is the first to gather his thoughts. “Geez that’s a hard one. That would really depend. How long for and exactly what would it involve?”

“All night and anything she wants. And by that I mean everything and anything.” I say salaciously. “You start at ten and it ain’t over ‘til the dawn breaks... 13mm reamer thanks.” The 13mm reamer rattles down the medullary canal of the femur.

“No. That’s just stupid... No.” Megan had just won a small lottery prize-pot. This isn’t some playful banter. This is weighty, consequential stuff. And my tone has to reflect this. “Remember that she’s paying you. It’s just you and her. Rolling together between the sheets. Groins gyrating. Naked.”

The scrub nurse grins broadly as he assembles the femoral nail to the slap-hammer. Imagery runs wild.

I continue, “This isn’t some ‘Indecent Proposal’ fairy-tale. This here is a real-world, service transaction.”

Stillness. The question hangs as the rest of the team wait for the anaesthetic registrar to respond. I start hammering the nail into position. Blood oozes from the wound. “Would you do it for $10,000?” I suggest helpfully.

They parry on the terms of the service provided, animated like predatory fish drawn to the smell of burley. I close the net. “Arguing the details misses the point. The point is that you guys are all happy to prostitute yourselves so long as the price is right. You have established that it’s not about morals or highfalutin ideals. It’s about price.”

The anaesthetic registrar punches a hole. “Well, if we are really honest with ourselves, we all have a price. So then... what’s yours?”

We laugh with communal agreement and self-congratulation, smugly satisfied with our heightened sense of worth.

“I’d do it for a hundred bucks.” pipes the scout nurse from across the drapes.

Fifteen years on and you might expect such closed-door colloquy to take a step up in sophistication. Sadly, you would be mistaken. But I think back to this conversation as I struggle to get my head around the simple concept of cost and price.

Being rich and well-connected is, by implication, a comparative measure. It is also region-specific and subject-specific.

As an ebay troll with that annoying combination of narrow interests, inflated ego and ignorance I spend an inordinate amount of time staring at this: 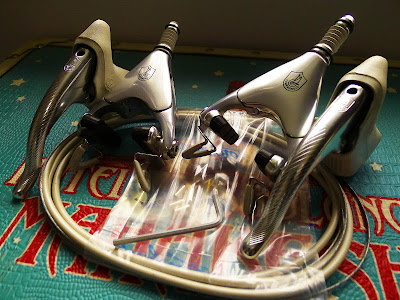 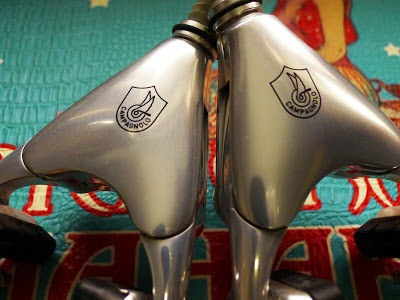 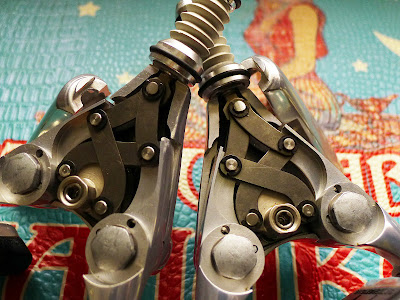 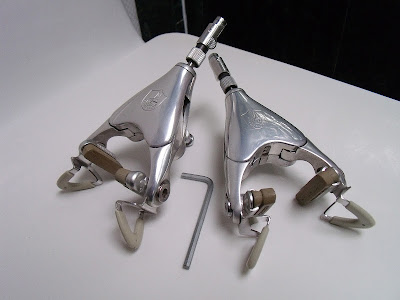 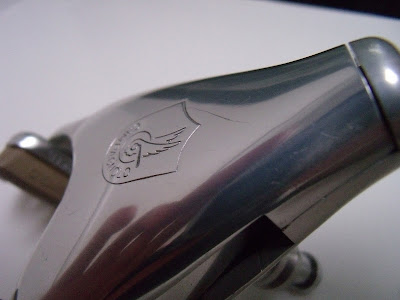 
And generally doing this: I spend the rest of my time snorting and chortling at this: 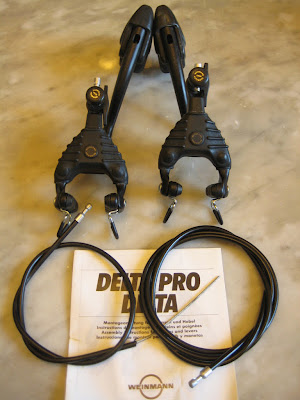 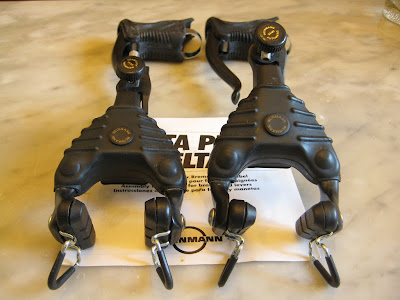 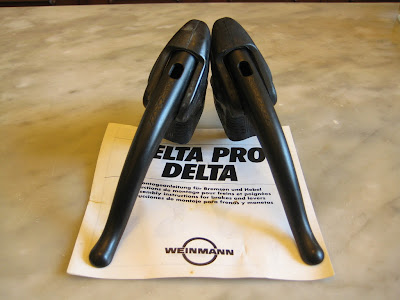 Weinmann Delta Pro brakeset. Ok, so someone went off and made delta-style brake calipers for the common man... So what?
http://www.ebay.com/itm/Weinmann-Delta-Pro-brake-set-Campagnolo-Delta-style-NOS-/230837281227?pt=Cycling_Parts_Accessories&hash=item35bef961cb 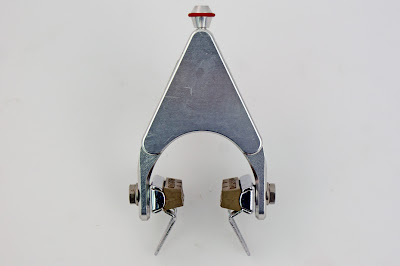 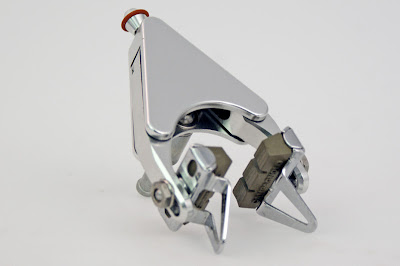 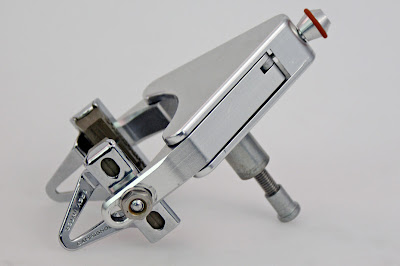 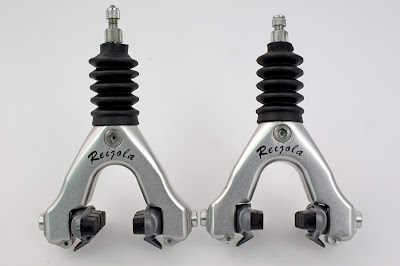 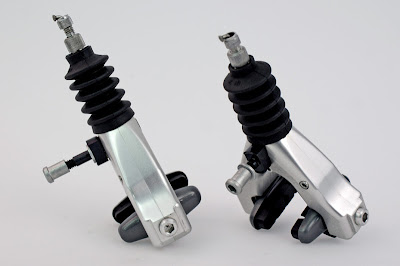 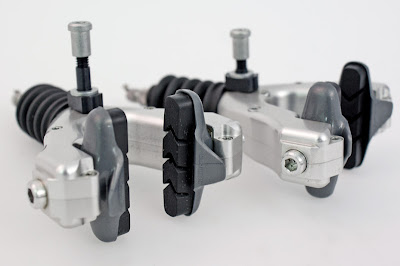 
Back in the world of grown-ups everything has a price if you are sufficiently well-off and well-connected. But being rich and well-connected is a relative measure and is region-specific as well as subject-specific.

I just wish I knew more about this: 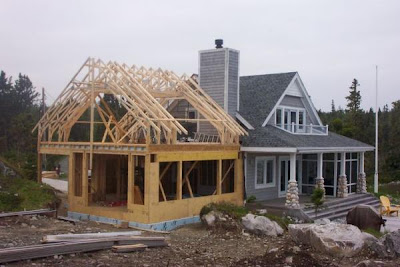 Ever thought of renovating your house?


No-one told me that a house renovation in Australia is more expensive than bicycles and bicycle parts. Like a bucket-load more expensive. Well, actually, it's even bigger than that. It’s like playing with a Tonka toy and thinking it’s just the very best thing in the whole wide world then someone turns up with Megasaurus.

May be it’s the high cost of labour and materials in Australia. Maybe it’s the strict building code. Maybe I have no idea what I’m getting myself into that any builder is set to rob me blind. Sure I’ve been quoted a price (a couple actually) but a complete ignorance of the building industry leaves me with no reliable frame of reference to scrutinize the breakdown of expenditure. It might as well have been written in Sanskrit with a price scribbled at the bottom.

I do know that I don’t want my renovations looking like this: 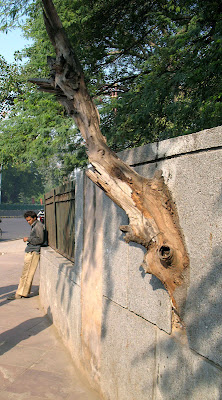 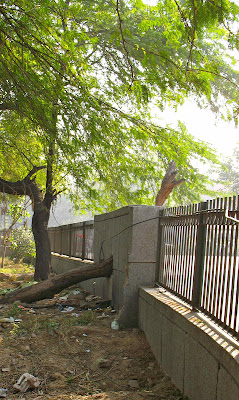 However I didn’t quite expect to be paying for this: 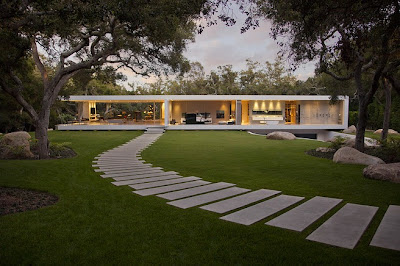 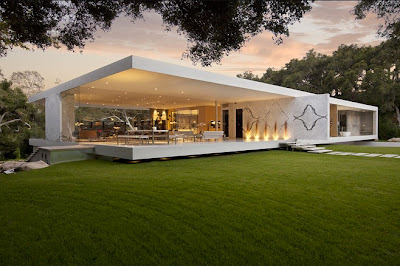 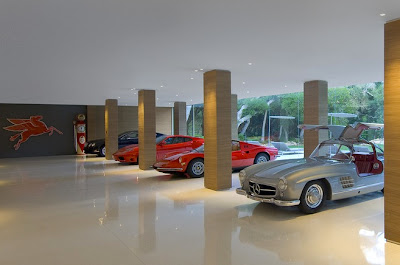 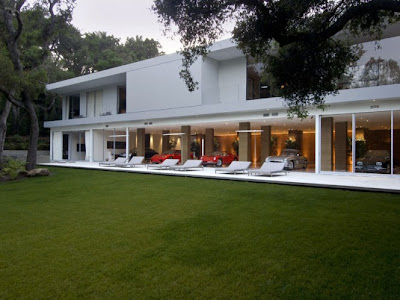 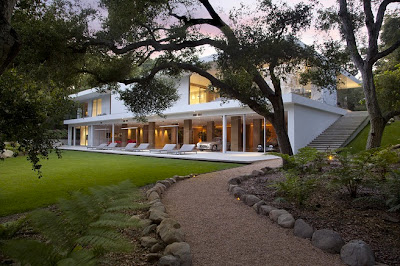 Somewhere in the middle will do just fine.

Truth is, once we get the basics sorted (food, shelter, companionship, sex) then the rest of “the stuff” simply slots in behind in some sort of constantly shifting order of priority (bicycle stuff, house renovations, a gyrocopter, marriage, raising a family, an ocean-going yacht, being good to your mother).

It’s also true that the more we know about something the more comfortable we are with pricing it (within the framework of a local or global market). But in a complex, busy world there will be far more things that we don’t understand or know little about and thereby not truly appreciative of the cost incurred. In those instances we have to rely on market pressures to place some control on the price we are asked to pay. Sure, we can check out what other people have paid, we can ask our friends, we can get guidance from the seller, we can scope other vendors. Indeed, one would be considered a fool not to do so. But recognise that doing so simply makes us feel more comfortable with the price. Nothing more. Unless it is already an area of significant interest (or you are a psychopath with time on your hands) it often doesn’t make us any more aware of the costs involved to produce that particular good or service.

We are here on a temporary basis. And we all want some stuff before we move on to a place that will not allow us to take stuff with us. Making a decision, paying a price, spending time researching whether or not we are getting a good deal will all cost us something. Beyond some basic requirements (which are probably fulfilled if you are wasting time reading this post) that cost is adjunctive and measurable.

Thankfully, even the ignorant can pay a price. 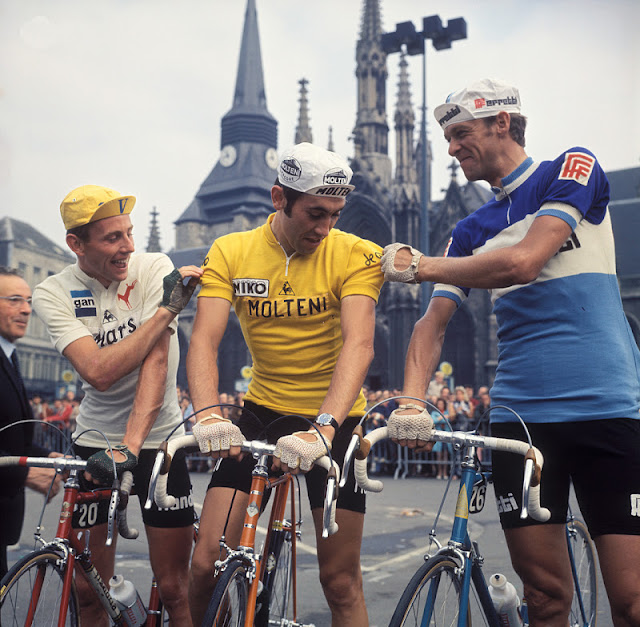 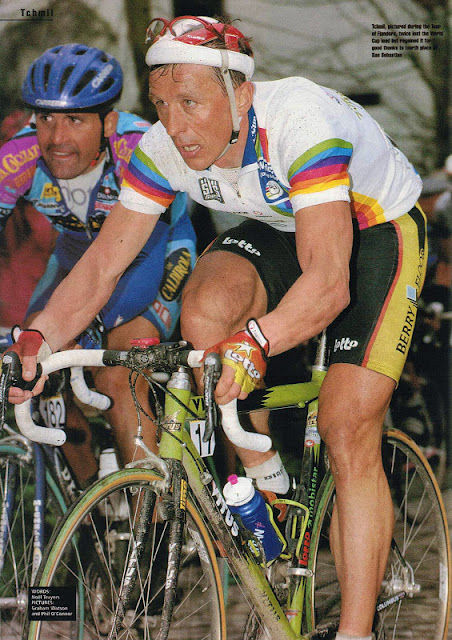 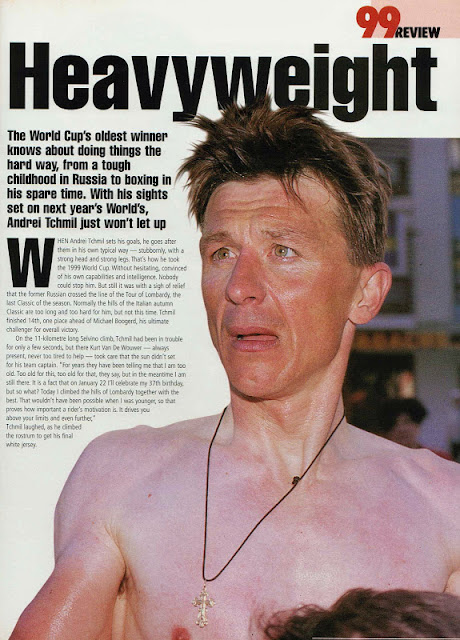 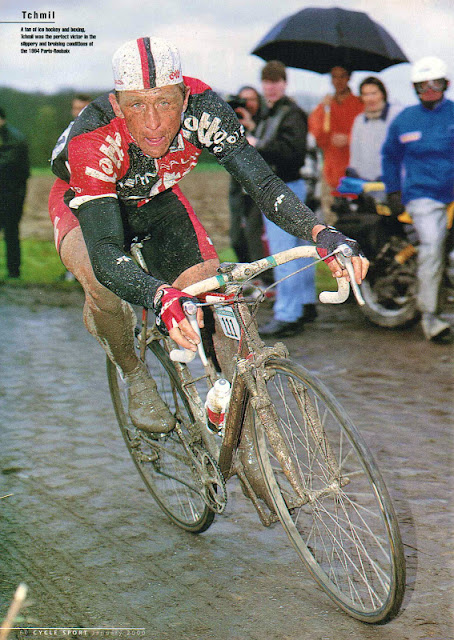 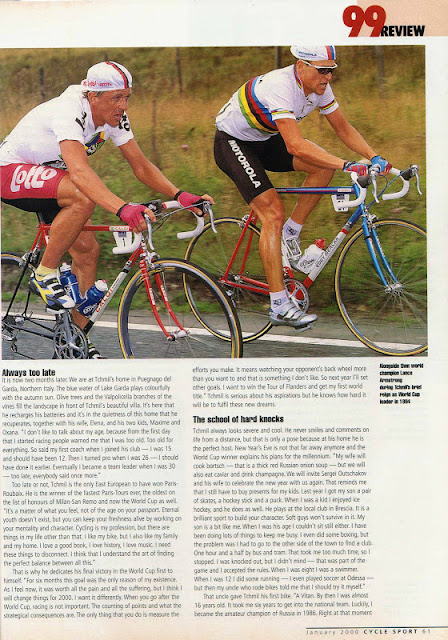 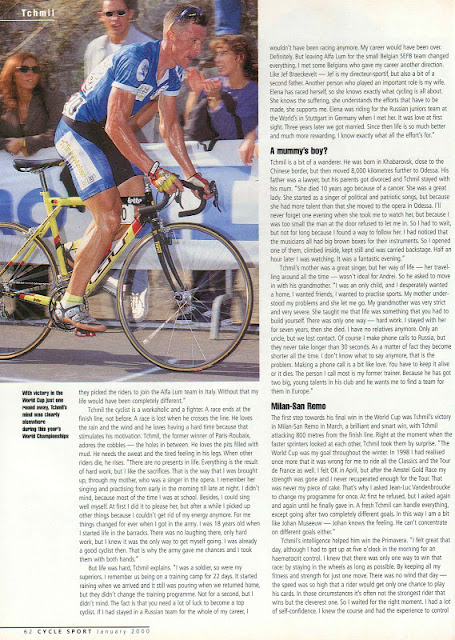 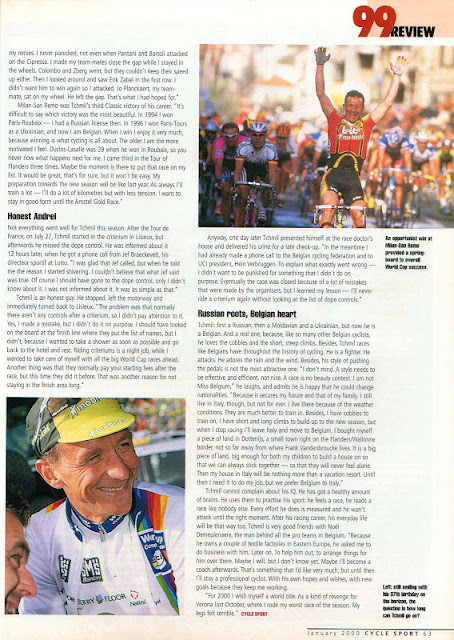 Hard men. Heroes. And a need to believe.

Here’s another albeit a different era: