Variety makes our experience of the world exciting. And occasionally, in the rather staid world of old competition bicycles made of lugged steel, we come across some interesting variations on a theme.

Currently on ebay is a Colnago Master Olympic with a popular colour scheme (I have one with the same colourway - see my previous post) but with a number of subtle and not-so-subtle differences. For one, there's the extended seat tube lug which is not that uncommon and pretty useful for long-legged cyclist at a time when long seat posts were not readily available. The extended head tube lug is more interesting as it is certainly less common. The extension may have been added later (ie brazed on) or a pattern made for investment casting (more expensive and would indicate a production run).

Then there's the fact that the frame is built for 26" wheels. This means resetting the frame-building jigs which is an expectation of the custom builder but an inconvenience for a company used to pumping out a large number of production frames. 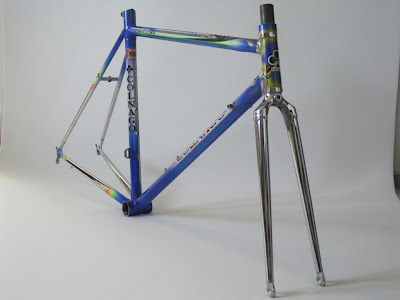 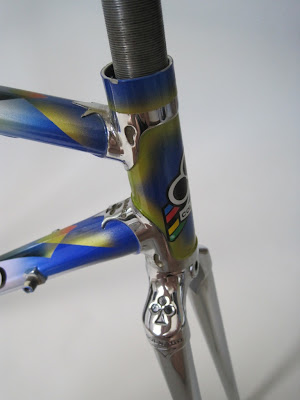 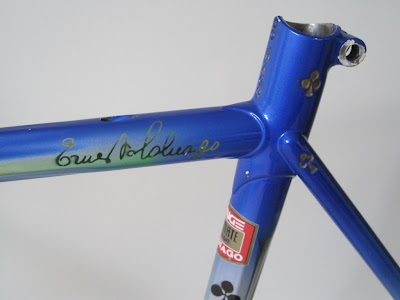 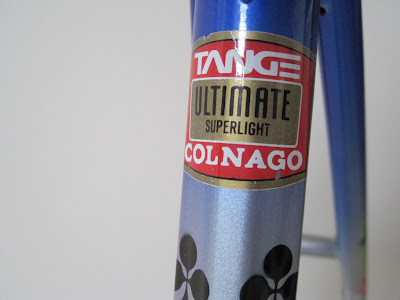 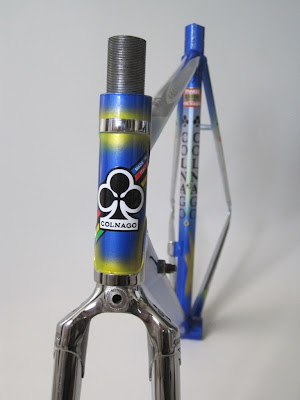 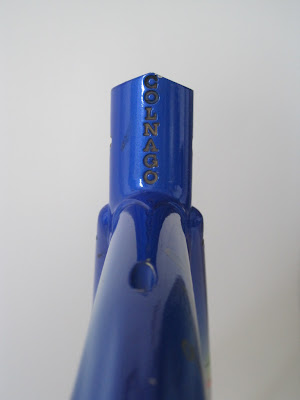 I am unsure if this is one member of a relatively small production run (ie to accommodate a market for cyclists of shorter stature, maybe even an early version of a female-specific frame) or a custom build for a well-heeled or well-connected cyclist. Either way the proportions of this bike would have matched that of a standard frame on regular 27" road wheels. Very clever.

I have been told this is most likely a production frame for smaller riders albeit with a relatively small production run.