There are some objects (from various areas of life) that seem to nurture a duty to preserve. The owner acts merely as a custodian so that future generations can recognize and hopefully enjoy the craft of an era now passed.

Most of the bicycle paraphernalia under my care are an indulgence without too much depth or meaning beyond the odd (in both sense of the word) bicycle enthusiast. This bike however might make the more general category of a historic object, bicycle or otherwise, worthy of preservation.

This is a unrestored Australian track bicycle made by Speedwell in the 1940’s. Speedwell, the Sydney competitor of the better known, Melbourne-based Malvern Star brand, is probably now remembered mainly as a mass producer of lower-end bicycles. However in the early days it did establish its reputation with some top-end frames. 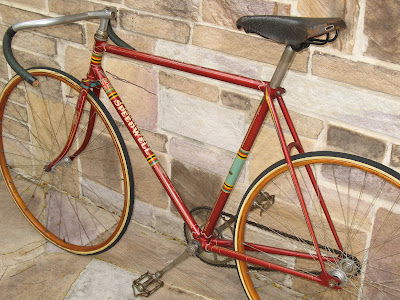 This bicycle has a lovely patina that I find quite appealing

The lugs are somewhat unrefined when you compare them to the wonderfully intricate and feathered lugs that was starting to come out of Britain at the same time. However, down in colonial Australia the paint work was as coveted as the frame build - not to mention often equal in cost. And fancy pin-stripping was all the rage and somewhat peculiar to Australian bicycles of this era. 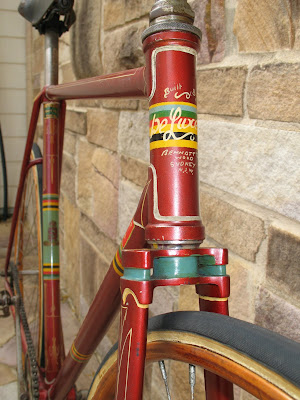 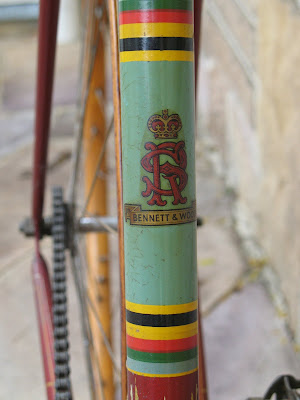 This is the only decal on the frame

Everything except the unglued, reused tubulars is original. From the flaky chromed steel spokes attaching the Airlight hubs to the Kundtz laminated wood rims, the weathered Mansfield Eclipse saddle, the custom-made steel track bars with cork inserts... And everything still turns & spins smoothly. 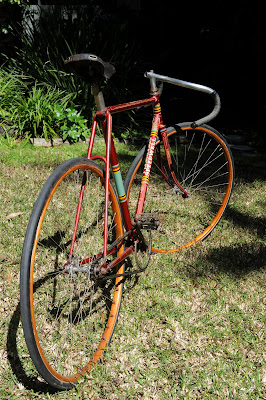 It takes a steady hand... 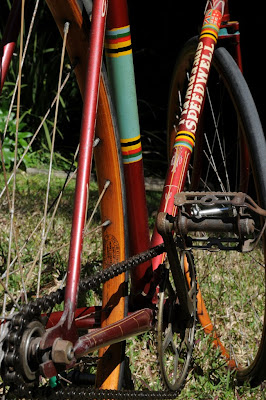 A quintessential Australian track bicycle from the 1940’s.

.... lets not forget Australia's first Olympic Games medal in 1928 was Speedwell Mounted, and gold in '32 Also Speedwell, Empire Games medals '34 and '38 world Champion Arie Van Vlet Speedwell mounted... all well before Malvern Star acheived much :) Speedwell was one of the best bikes till bought out in the mid 1960's they made cheap bikes same as any large manufacturer did, that bike is the equal of any in its time.

Thanks for the great info Roger!

I'm so proud. I'm just glad someone is loving it as much as I did.

Thanks Suzy. She'll be well looked after