What’s with “coolness”? Or rather, what makes something “cool” as opposed to “uncool”. “Daggy” isn’t the opposite of “cool” as recent popular media has made being a “dag” or a “nerd” in some way “cool”.

Being cool seems to vary from place to place, changes over a period of time, and dependent on the prevailing culture. But there must be some defining features of the “cool”. Poise and confidence (or at least surety in oneself) is important. Someone or something with a special quality that others would like to emulate but different enough not to be one of the crowd. If too many follow then it becomes difficult to differentiate the cool innovator from the desperate wannabe.

I’m no social commentator nor a great observer of these things. But this is what I regard as my “coolest” bicycle (if there is such a thing). This is a 3Rensho with track geometry and provisions for caliper brakes. The standard track fork has a tight clearance requiring super-short reach calipers like the Diacompe BRS-200. But a period-correct, NOS Shimano 600 brakeset seemed to be more appropriate and sorta fits. In any case it’s a fixie so stop pedalling and the bike, um, sorta stops.

It's an original 1980’s fixed gear roadie with compromises that you can expect from modification of a track bike for road use*. 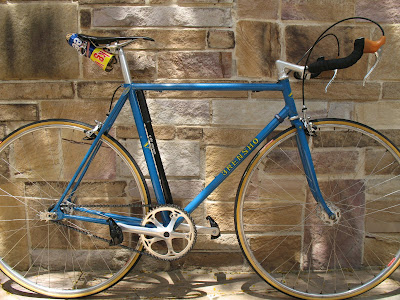 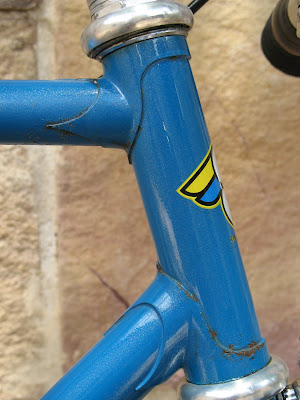 The standout feature is the crisp lug-work. Apparently brazed by Masahiko Makino under the watchful eye of Yoshi Konno when the latter was still building bikes under the 3Rensho name. The paint is original as is the surface rust. And therein lies the crux of this post. A wonderful frame, modified for a specific, and at the time slightly unusual purpose (fixed-gear road riding in the 80’s), that proudly bears the scars of service to its (original) owner. That to me is just plain "cool". 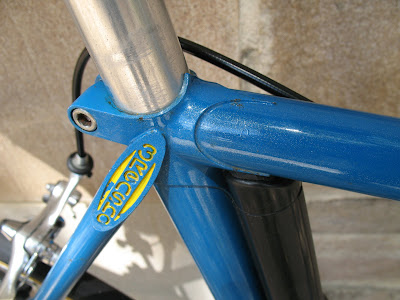 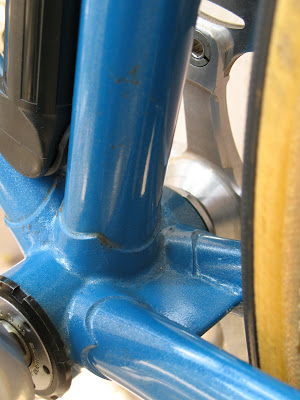 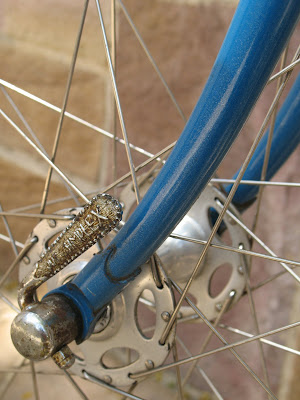 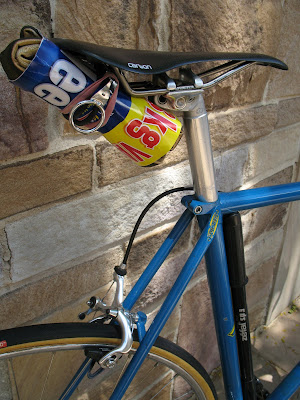 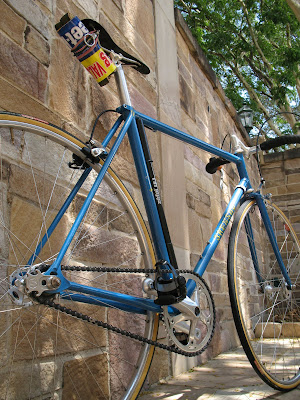 Poise, class and confidence. Different enough to stand out on its own, yet within the realm of the common man. ‘Nuff said.

* 1. in addition, track forks don’t take braking loads very well - the round legs are not built to handle front-to-back loads and flex as the brakes are applied and 2. track geometry is kinda frisky on the road (at slower speeds)