But some things (including bicycles) tell their own story.

A cache name like Colnago carries a weight of respect and adulation with years of tradition, great riders and races won. The fact that some Colnago’s were dogs (true that most provide a wonderful ride even if build quality was lacking) are mere whispers in dark corners. The same applies to other marques that made plenty of production frames. The venerable Bianchi springs to mind.

Masi is another great marque although perhaps not as prominent today. Faliero Masi & Ernesto Colnago were near contemporaries with both learning their craft at Gloria then going their separate ways. Faliero went on to make a number of frames for Eddy Merckx (amongst other great cyclists) before going to Carlsbad, California in 1973. But I digress and there is a great wealth of reference material on the great frame maker known as “the Tailor”. 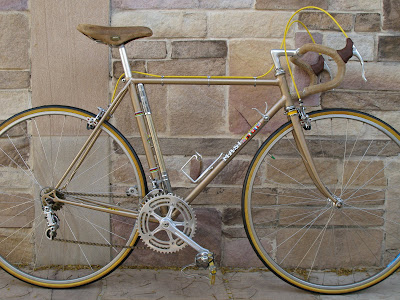 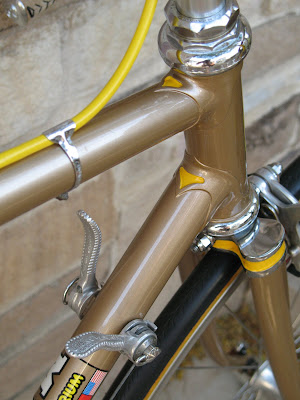 Moving on. The Tre Volumetrica (3V) was arguably the tubing/ innovation that brought Alberto Masi out of the shadow of his renowned father. Oversized tubing with internal lugs brought a fresh approach to the standard fare of the lugged bicycle frame. Reflecting and probably propelling the modern trend of the stiff frame these bicycles were revered by racers and cycling aficionado’s. And boy were they expensive for a steel frame. But fashions change and the raised lip of the lug join now looks more akin to a plumbers handiwork than that of a master craftsman (despite the fact that it is harder to braze a frame with internal lugs). Then again, the lugged bicycle frame is kinda like plumbing...* 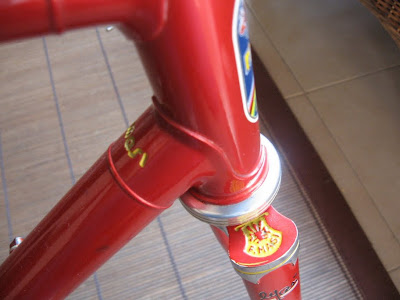 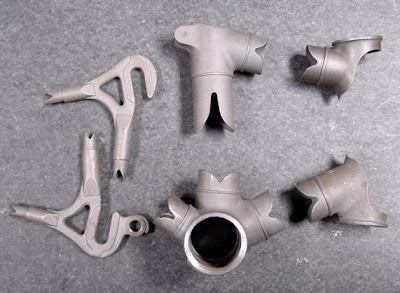 So here’s a Masi track pursuit frame that I bought on ebay from a seller in the Ukraine. The paint and decals appear original and indicate a late 80’s to early 90’s American build. 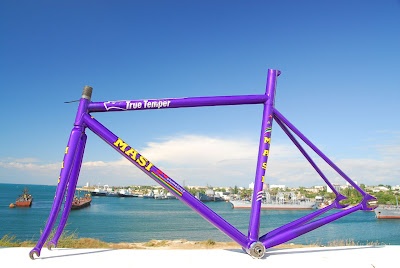 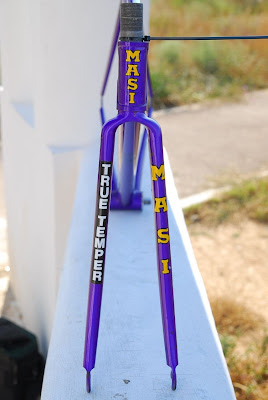 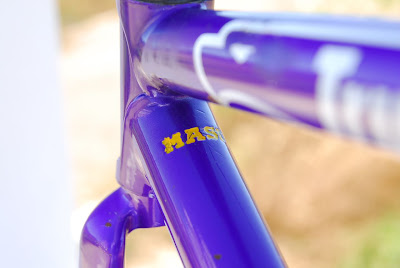 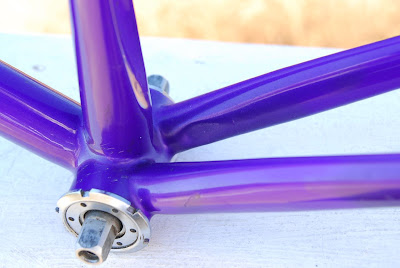 There are a number of interesting features with this frame. First, there is no serial number on the frame or fork, just a size indication (54.5) stamped into the bottom bracket. Second, there are True Temper decals on the frame and fork which are not seen on regular production 3Vs. Third, the lug lips have been filed away with the tubes merging smoothly into the lugs very much like some bilaminated frames (nice touch I might add). Fourth, the deeply grooved seat tube makes for a very tight rear triangle. Fifth, this frame has been used (and I mean really used...) although it still presents very nicely. 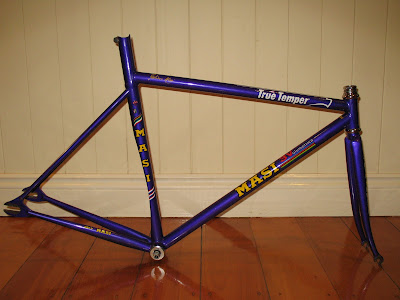 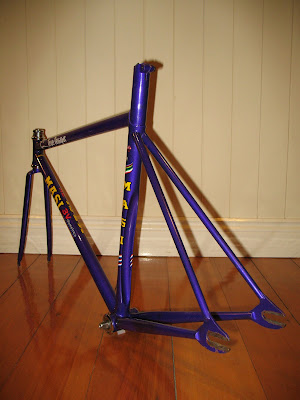 So here’s my story (plausible but not necessarily true). This bike has been custom made for a track pursuit racer presumably in the USA. The build quality is impressive suggesting a rider of some standing. The bicycle has been raced then eventually sold or passed down when the original owner retired from the track or upgraded. Somewhere down the line it has been raced against a rider from Eastern Europe or from the former USSR and then passed on into the Eastern bloc. The now outdated frame has been touched up a number of times by its (relatively naive) new owner to regain some of its former glory. It then ended up in the possession of a collector/ ebay seller in the Ukraine. It now resides in Australia.

So there you go, a bicycle that wears it’s own provenance. No documentation. May be just nonsense.

But I’m comfortable with that.

Of course I could just ask Masi aficionado, Bob Hovey for his opinion...

Nice volumtrica track bike!
Do you still have it?
If you do is it for sell
Thanks!

Sorry mate. Not for sale. Cheers