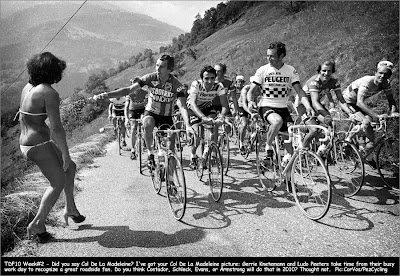 It is easy to fall into the belief that things were better in the old days. As I get older I am becoming somewhat prone to that way of thinking.

But reflection is a funny thing as we tend to pick out the important (or interesting) bits that make up who we are now. It is, by default, selective. And the older we get, the more experiences we have to reflect upon. 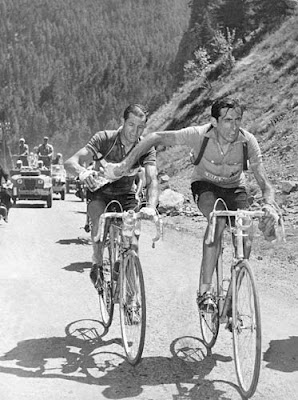 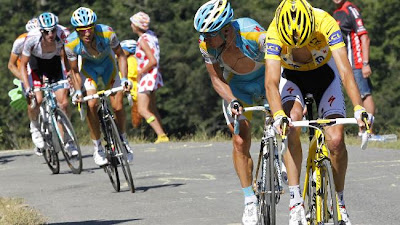 By now everyone knows that Alberto Contador attacked Andy Schleck when Andy dropped his chain on stage 15 of this year's Tour de France. Schleck was the provocateur when he launched an earnest attack on the Port de Bales climb. This was immediately countered by Vinokourov, and a fraction later Contador responded.

Did Alberto know that Andy had a mechanical problem when he passed his rival who had gone from a massive surge to a whimper within a few meters? Was Alberto in a state of mind to notice as he surged himself and followed his team mate? We will never know for sure. What is certain is that Contador (intentionally or not - and let’s be honest here, Contador was hooked up to race radio and I doubt the message crackling through was “push on, Andy has cracked”) has broken a golden rule of not attacking your (only legitimate) rival when he has a mechanical/crashes/takes a pee...

I admit that I wasn’t around in 1952 to watch the Tour de France. But the picture above is an icon of cycling. Everyone (well at least those that have stumbled onto my blogsite on the way to somewhere important) knows about the greatest rivalry in cycling - that between the pious Gino Bartali and somewhat irreverent, drug-enhanced Fausto Coppi. In this picture the immediate impression is that Coppi is passing a water bottle back to Bartali. Bartali however has always said that he was passing the bottle forward to Coppi. No one will ever know. But this snapshot is a sign that the two intense rivals had, at that point in time, a certain respect for the others suffering and ability. 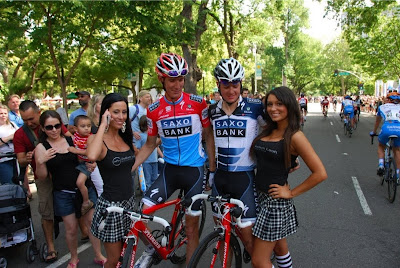 The fact that Contador gifted stage 17 up the legendary Col du Tourmalet to Andy Schleck is a nice gesture. In fact it was really the only thing he could do given the unwritten rules of professional cycling. Andy attacked and Alberto showed that he could follow. They had a little chat. Alberto did a showy surge then promptly followed Andy to the line. The 2010 Tour de France already had a winner. Alberto Contador won on stage 15.

Alberto Contador, in a way, showed his respect for Andy on the Port de Bales climb. He feared his rival’s ability to attack in the Pyrenees and he knew Andy needed to gain time on stage 15 & 17 to make up for the time he will lose in the time trial (the penultimate stage 19). Andy was 31 sec ahead of Alberto at the the start of stage 15. He needed another 30-60 sec on Alberto to keep the race open for the time-trial. Alberto closed down that option with his attack capitalising on Andy’s misfortune. 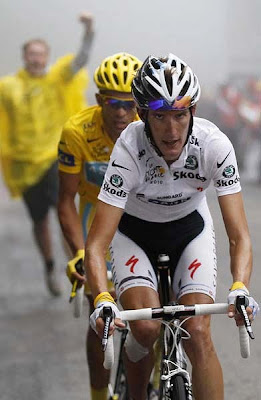 The gift on top of the Col du Tourmalet.

I’d like to think that this would not have happened in the past. That, if Gino Bartali had dropped his chain, that Fausto Coppi would have waited for him. That they would each give each other a “sporting chance”. That things were different and that spectators would be thrilled to a showdown fought to the very end.

But the comparison loses perspective. I know that there was no love lost between Bartali and Coppi. And these were different times. Bicycle racing was well-established but the science of winning was not. Coppi had no qualms about taking amphetamines “nearly all the time” to improve his performance. It was a time when all manner of performance enhancement was allowed. Bartali also had performance enhancement that was well-regarded at the time. He prayed.

The idea of sportsmanship is grand and noble. Sharing a bottle up a grueling climb or waiting for your rival when he has a mechanical or falls is sportsmanship. However the context is also important. If you expect that you can beat your rival (whether this is based on experience, faith in God/ science/ a special diet/ pills, or good old self belief) then it would be a reasonable option to practice good sportsmanship. The converse is also true. If you can only win because of a mishap of your opponent then it pays to practice good sportsmanship or always wear the mark of a tarnished victory.

Today there is a prevailing belief that you can’t beat science and statistics. And the science of winning is becoming more defined as we push the limits of human ability. Accurate data on power output, VO2 max, endurance parameters, etc are matched to performances on the road. For Andy Schleck that boiled down to a simple fact: he had to be 1 to 1 1/2 minutes ahead of Alberto Contador prior to the flat, 52km time trial stage from Bordeaux to Pauillac to have any chance of winning the Tour. With the mountains now behind them and Andy eight seconds behind Contador, the race for the yellow jersey is over. Contador has made sure of that. 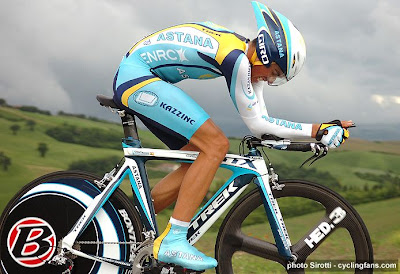 Too fast for Schleck.

This is 2010. We live in abbreviation on headlines, video feeds, sound bites, twitter, SMS messaging and emoticons :-/ We flash through multiple pages on the internet knowing a little about everything. We often know how a story ends but not necessarily how it got there. We only have time for a winner. And money follows singular recognition.

Andy Schleck and Alberto Contador are great rivals in 2010 just as Gianni Bartoli & Fausto Coppi were great rivals in 1952. They are men of their time. The rivalry between Bartoli and Coppi will live on in the memories of older Italians (and a small collection of cycling aficionados) with warring factions of supporters revived every time the Giro d’Italia rolls out. And they will have great stories to tell. In contrast, everyone will remember Contador as a multiple winner of the Tour de France including the 2010 edition (and, for the record, he was the best rider regardless of what indiscretions were played out on stage 15). Sadly, Andy Schleck will be forgotten. Unless, of course, he wins an edition of the world's most famous bicycle race. 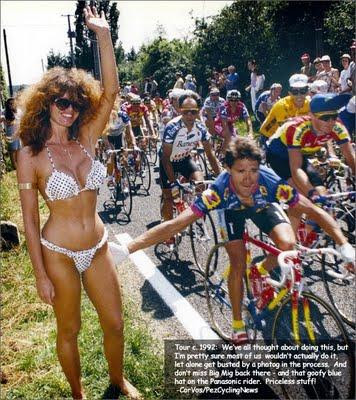 A rambling post with a gratuitous display of female flesh? Well, yes. Some things never change.

ADDIT: Andy Schleck lost just 31 sec to Alberto Contador on the penultimate 52km TT stage. That's exactly how much time he was ahead of Contador prior to the start of stage 15. Congratulations to Contador but Schleck has proved a point that would be impossible to ignore in 2011.