More significant for my sheltered life in a bicycle closet, 1994 was also the last hurrah of the Campagnolo Record C (C Record) aesthetic. More specifically it was the last time that the C Record crankarms, front derailleur, and hubset made their appearance. From 1995 onwards the top-of-the-line Record group had no lingering resemblance to the flamboyant groupset that debuted in 1985. 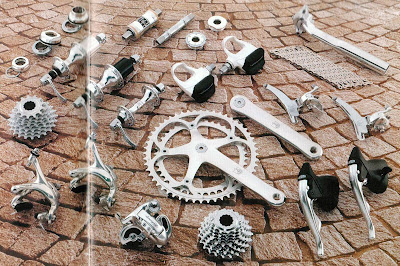 Over the 10 years of C Record, Campagnolo introduced a slant parallelogram rear derailleur into their top line groupset and incorporated a cassette into the rear hub (the combination of both made index shifting a pleasure rather than a nuisance for the staunch Italofile - yeah, so much for “the shifter of champions”...), developed cogs with profiled teeth for smoother shifting (exadrive which became hyperdrive and now, of course, we have “ultradrive”), introduced their Ergopower brifters (more “positive” than Shimano’s STI - ie clunky shifts until they were “run-in” at about 1500km), and brought out their dual-pivot brakes (whilst quietly dropping the delta calipers in 1992 - although they were still available for purchase if you were crazy and rich enough to do so). Beautiful as it was, C Record was in no way an innovative groupset. Every major development was essentially a copy of technology introduced by their Japanese competitor.

And from 1995 Campagnolo also copied a marketing strategy already entrenched amongst other component manufacturers. They labelled all their component groups to allow easy differentiation (you ain’t "pro" if you ain’t riding Record-labelled parts... because ones ability surely wouldn’t give that fact away).

Just as 1994 was the sad end of the C Record era, 1995 was arguably the start of a fresh new face for Campagnolo. They dropped their MTB/ off-road component arm and focussed on development of their road division. And they have contributed their share of useful innovations ever since.

So let's take a(nother) trip down memory lane... (might be helpful to those, like me, that open up stuff then can’t remember how to put them back together again) 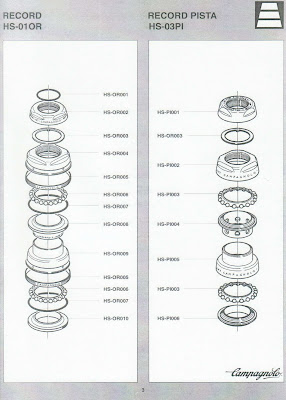 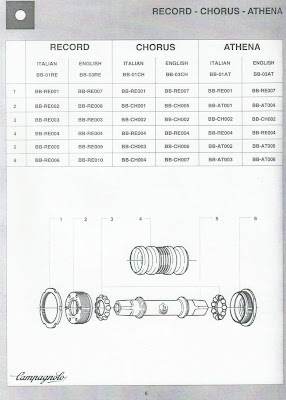 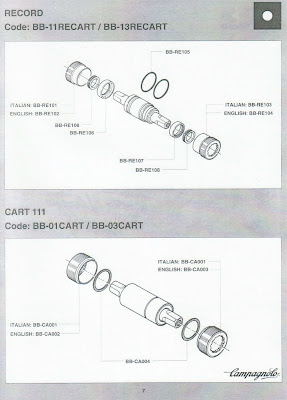 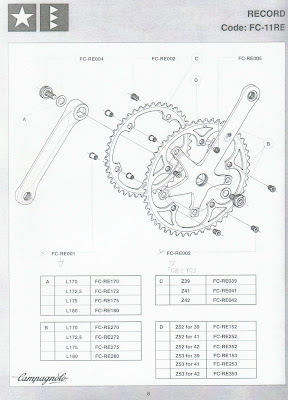 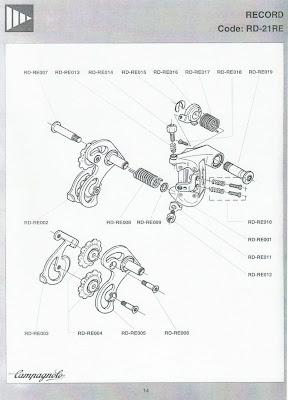 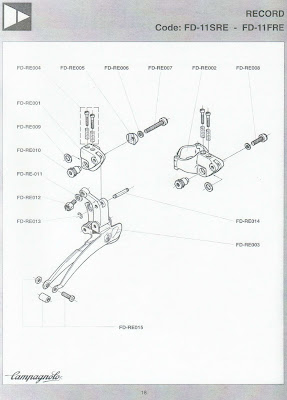 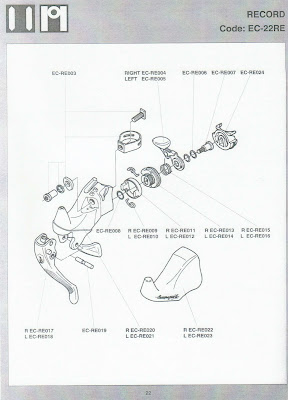 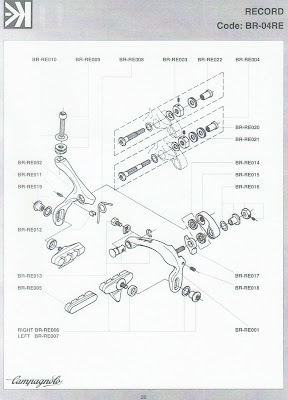 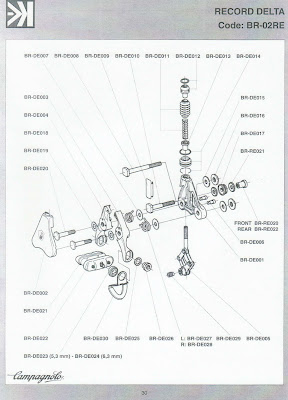 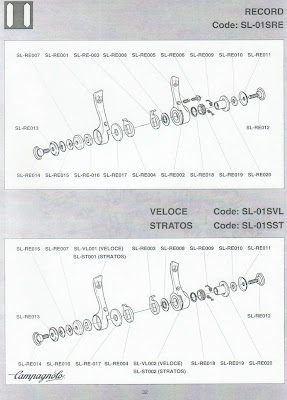 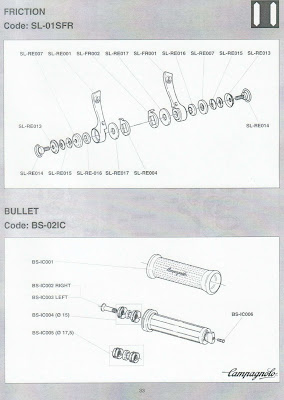 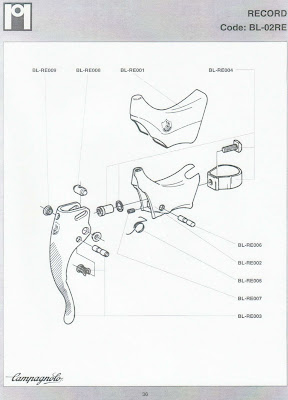 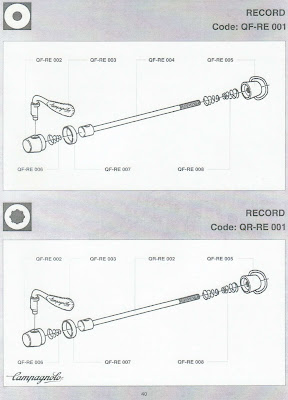 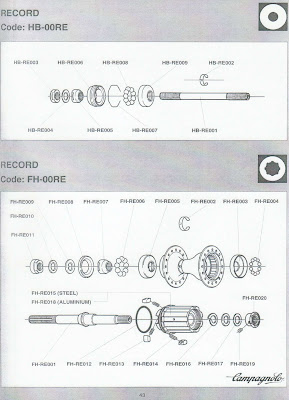 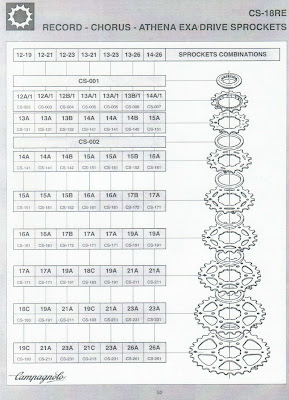 Yes, I too wonder how many frustrated delta owners (having opened their calipers in an attempt to work out why they were so terrible to use) would have scratched their heads on referencing their 5-pivot deltas to the illustration of the 3-pivot version

Hello, i'm a french guy, i have a pair of delta brake (record C), it's the seconde version but on the face the logo it seems to be laser etched.
Can you give me your review if a send you a picture?

Hi Laurent,
I don't know anything about the etched (I take it that you mean they are engraved) 2nd gens apart from what I posted on the 31 Oct 2009. Apparently they were only given to selected pro riders and they are quite rare. Source of information and pics were taken from ebay and I have not made any attempt to validate. However I have seen at least 3 of these examples so I'm punting that the story is genuine.
However, if the set you have has a printed winged logo then it is the standard 2nd gen version (the logo fades when exposed to the sun for a long enough time - hence the appearance of my 2nd gens).