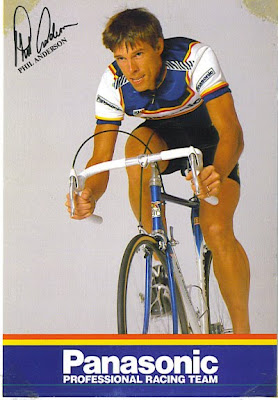 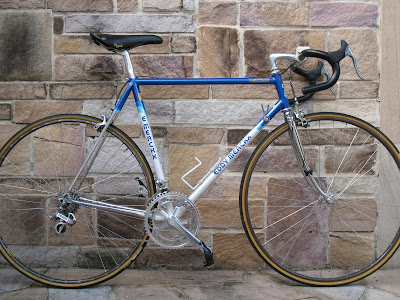 Phil Anderson rode for the Panasonic team from 1984-1987. The last two years of this tenure on Eddy Merckx frames. This example has been fitted with Shimano Dura Ace 7400 with 7402 upgrades to take it to 8-speeds out the back. 7402 post-dates the frame by about 5 years and by then Phil was back on Merckx frames (with Dura Ace) albeit with Motorola team livery. 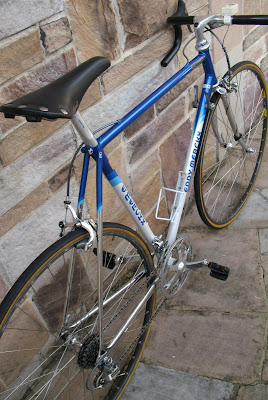 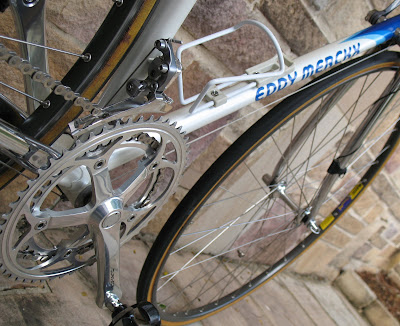 7400 was the breakthrough group for Shimano.

Hi-tech and innovative with that unmistakeable Japanese styling. 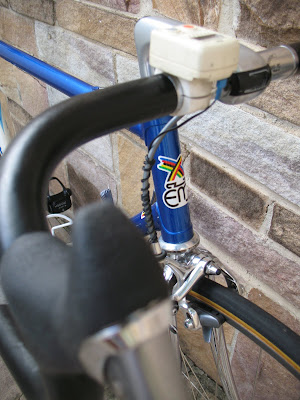 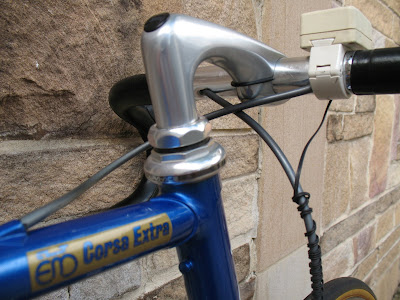 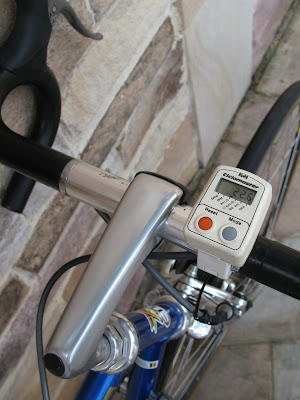 Well, this rocks my boat. 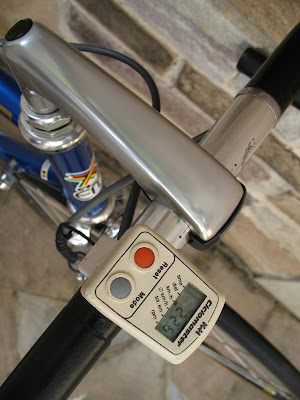 My kind of computer. 22.6km/h standing still. Imagine how fast I could be once I start pedalling... 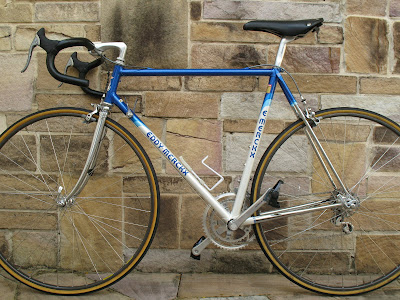 Shimano 7400 is recognised by many as the maturation of the fully-integrated, technologically-advanced group that the Japanese giant set as an industry standard. Index shifting was perfected with the incorporation of the slant parallelogram rear derailleur (after Suntour’s patent ran dry at the end of 1984) and the freehub cassette (a Shimano innovation from the 1970s - and a commercial failure at the time - quietly reintroduced with 7400 in 1985).

Prominent appearances of this distinctively Japanese groupset within the professional ranks heralded the end of Campagnolo’s monopoly of the pro peloton. Within a few years Shimano would bring out STI levers (prototypes as early as 1989 - Phil Anderson was an influential test pilot - with production models appearing in 1991) and dual-pivot brakes (popularized by Shimano in the 90s but the original concept dates back to Altenburger from the 1960s). 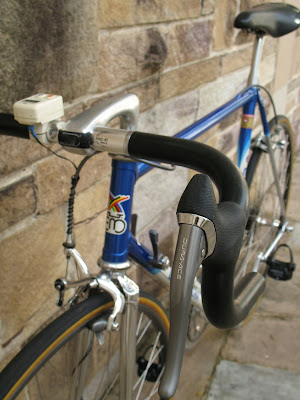 The 7402 brakeset. Last of an era of single pivot brakes. 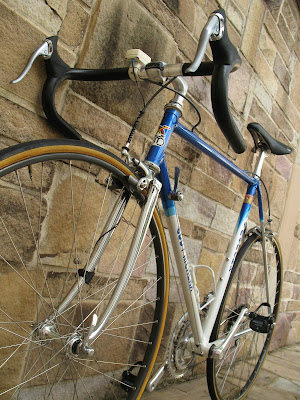 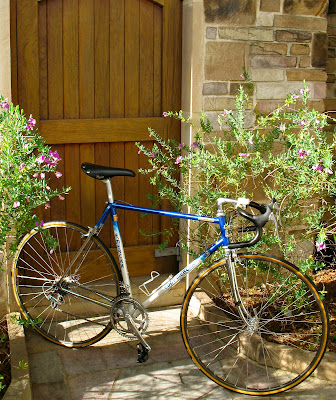 Uncle K! Uncle K! Will my trainer wheels fit on this!! Its my favourite colour too!! And Christmas is just a little way away!! Love, Tom (aged 4 mths).

Ah Tom, you must be my youngest reader. There's so much to learn - for a start, there is much more to bicycles than colour alone. And i will teach you once I punish your parents for letting you on my blog site.

Hi Wingnut,
Have just purchased the same frame with intent to do original restore.Do you know which groupset panasonic used on these bikes around 1986/87.Having trouble finding an answer.Hope you can help.

I have built up the same frame, and was tossing up between black or white saddle and handlebar tape.
Black looks good, but i think the white goes better with the pearl colour in the paint job.
I built it up with suntour superbe pro, so not quite an authentic build.