What does 50 picograms of Clenbuterol mean to you?

For Alberto Contador it could mean losing the yellow jersey from this year’s Tour de France. For professional road cycling in general it is yet another stench of drug doping on our already tainted sport.

This news was all over the cycling blogosphere and websites last night and even managed to hit the mainstream news (admittedly cycling hits the mainstream news in Australia for two reasons: 1. once a year to announce the winner of the Tour de France, and 2. for any news/ gossip/ hearsay/ twitterfeed that involves some form of drug use in cycling). Certainly there are many views and opinions out there, all of which are more informed and enlightened than anything I have to offer. As usual, my indulgent ramble will continue its agenda of providing no useful information whatsoever.

There was a phase many of us went through when we thought highly of our abilities, and even more so about our potential. Depending on the circumstance and the perseverance of this belief these people are known to be “immature” (children), “losers” (I coulda and woulda if...) or “leaders in their field” (recognised by the enlightened and united by the fact that none of them feel the need to post blogs). In cycling, this belief is manifest by the conviction that, given the right conditions, we could have gone pro. For me that moment was (many years ago) when I strapped a number on my jersey and just before I got thrown out the back of C grade (about twenty minutes later). Like many of us, I fought to match what I thought of my ability and the reality check that is the Saturday club race. I got to a level where I did my turns at the front of B grade only to be spat out the back of A grade the following weekend. I got no further. And that was just club racing.

But I had my hero’s. They were legends of cycling like Coppi, Bartali, Merckx. Or more contemporary hard men like Hinault, Kelly, Jalabert, Tchmil. The poker-faced machine that was Miguel Indurain. The irrepressible (but ultimately fragile) Marco Pantani. The bravado of Mario Cippollini. And they all meant a lot to me.

Then came 1998. Now was that a significant year for the face of professional road cycling. It was the time when the general public (as well as the more naive club cyclist) woke up to the nasty smell of drug (and blood) cheats. And just how systematic and widespread the practice was. It started with the Festina affair with the ejection of Richard Virenque, Alex Zulle, Christophe Moreau, and the rest of the Festina team from the Tour. Then Marco Pantani is found to have suspiciously high testosterone levels, the remarkable but erratic Frank Vandenbrouke gets caught with amphetamines and EPO (and Clenbuterol), the great classics rider Johan Museeuw gets done for doping and trafficking, the stellar soloist that is David Millar gets done for EPO as does the remarkable climber, Roberto Heras. Then there was Dr Fuentes and Operacion Puerto. Then Floyd Landis gets done for testosterone after one of the most incredible solo stage victories in the Tour de France (stage 17 of the 2006 TdF). And the claims and allegations just keep going seemingly forever. 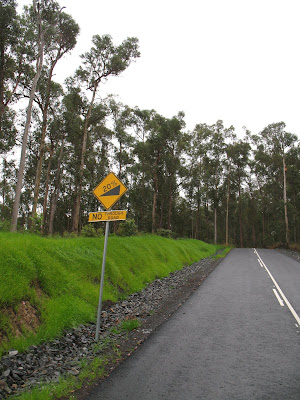 the call of the wild

Well I rode my Inbred SS again this morning. Having this much fun on a workday makes me feel like a truant child playing instead of attending to his lessons/ duties. A sense of guilt made more acute by the knowledge that I chose a slightly longer course with a distinct possibility that I might run late for work. And that would really piss off my secretary (a searing look from the redhead is enough to make skin peel). Yet the possibility that I may to get back in time and get away with it made the choice irresistible.

As I get older I don’t think as big as I used to. My heroes are closer to home. They are fellow bicycle riders who share the same pleasure of simply turning a pedal. And if they have pretensions they choose to keep it to themselves. Sure, some are racers such as the A grader that pulls his turn and still winds up a big sprint at the end. The sixteen year old who can jockey with the big boys whilst rolling on restricted gears. But also the sixty year old ex-sportsman returning back to form and riding because his knees are too arthritic to run. The casual group of 50-plus year olds who blow past me but welcome me into their slipstream. Any considerate commuting cyclist. And that large girl in a full pink outfit riding solo on a pink Pinarello Dogma who smiles in recognition as we ride past. She has the knowledge. We all share the knowledge.

What does 50 picograms of Clenbuterol mean to me? Not much.