A flawed concept. But beautifully executed.

Nostalgia has a funny effect on how we choose to remember things. And, as I have said before, there are some things in this world that are so beautiful to behold that we forgive the fact that they didn't actually do their job all that well. In my nostalgic, cyclocentric world, Campagnolo delta brakes have been a shining example of this.

The following are what I understand to be the 5 standard incarnations of the Campagnolo C Record delta brake calipers. Missing from the lineup are the 2nd generation calipers with the Campagnolo logo etched into the faceplate (see my previous post). 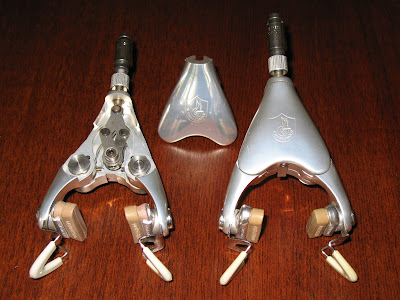 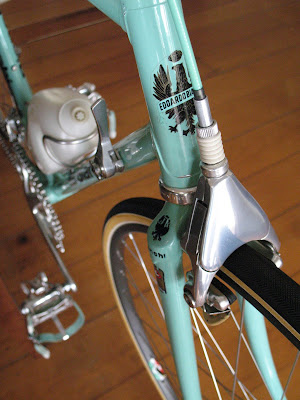 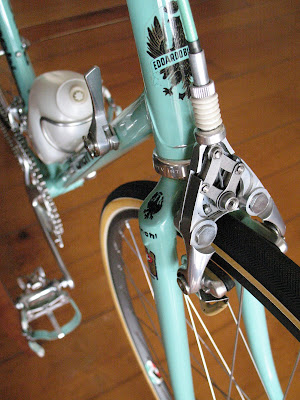 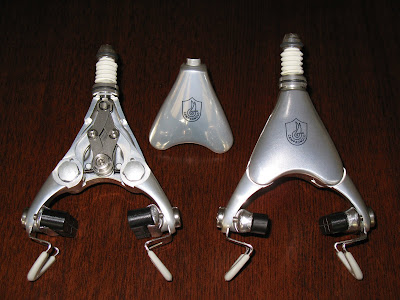 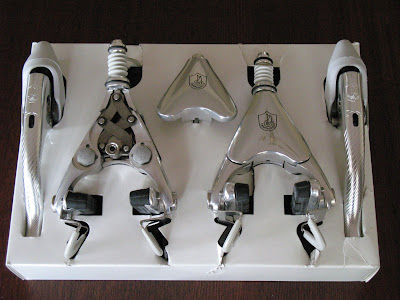 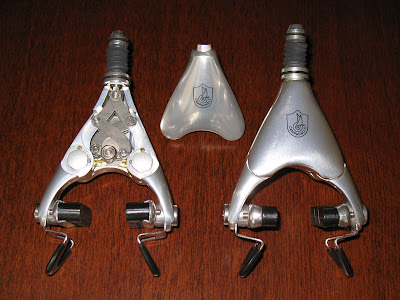 The first generation delta calipers appeared in 1984/5 but were soon pulled off the market after reported failures (in the interim, they were replaced by the Cobalto brakeset). Delta calipers then reappeared in 1986/7 and lasted until the end of the C Record era in 1994. More information in my first post (2008).

An iconic piece of cycling history. 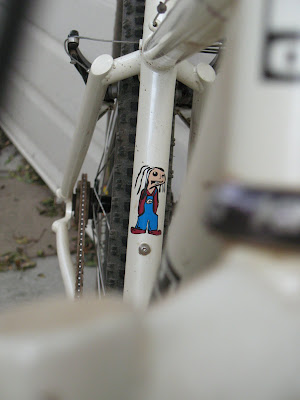 I rode my Inbred SS this morning. And although infrequent and often testing (it would be less testing if I rode it more often) I do enjoy our jaunts together. The circuit has a number of single-track options available but ultimately I have an expectation of how the ride should turn out. And the last section is always a steep and technical run. As indicated in my previous posts, this last run completes the ride.

Well today I was disappointed. The wonderful wood elves that do a great job of maintaining the trails (as well as creating new ones) have decided to manicure my last run. Yes I’m aware that other people (hikers, runners, other riders, and the occasional bush fireman) use the track. It is after-all meant to be a firebreak and would benefit from a smoother profile. Nonetheless instead of picking my way around the ruts and babyheads, bouncing through what I cannot avoid, and sliding a couple of turns at the edge of my limited ability, I found myself floating and frustrated on an undulating gravel road. There were a few loose patches but the occasional skid doesn’t quite make up for it.

I was once told by an ex-girlfriend that “expectation is the mother of disappointment.” And she’s right. Disappointment arises from a failure to deliver an expected outcome. In a more educational & less emotionally-charged environment I was given a good example of this: the two biggest complaints against McDonald’s (the fast food outlet) are 1. slow service and 2. the cleanliness (or lack thereof) of their toilets. The patron of McDonald’s does not expect gourmet food (although I am partial to any slab of cooked cow between two pieces of bread) but does expect that the service will be fast and that the toilets are clean. Complaints about food quality is the burden of the fancy, well-regarded restaurant. The circuitous statement that disappointment arises from expectation explains the counter-intuitive finding that places/ people/ products with the best reputations will generate the most complaints about their reputable quality. It’s all about the expectation. And, more importantly, how that expectation is managed.

But back to cycling. There is another word for small, gravel-like stones on a steep slope. It’s called “scree”. Rain is expected this weekend and should do a good job of washing out some of the loose landfill. Add to that the daily passage of slipping, sliding hiking boots and spinning bicycle tyres attempting to cut some traction into the dirt and we should start to get some exposure of the underlying pre-manicured terrain. Over the next couple of months I expect I will get my technical run back.

In 1992 I spent a month's wages on a brand new Avanti Ridgeback - a steel TIG-welded MTB frame with mid-range Shimano componentry and rigid forks. Three months later I bounced my way into happiness (albeit with even less control) on a set of second-hand Manitou suspension forks with elastomer suspension (and no dampening). I was deeply attached to that bicycle.
But when darkness fell I was enraptured by magazine articles on bicycles and componentry that were outside my humble reach. Take what you will from product reviews be they objective, subjective or shameless marketing. They feed an inner desire. They make you aware of things that you never knew about, that you don't have in your possession, and now desperately need (without which Life would not be Complete). 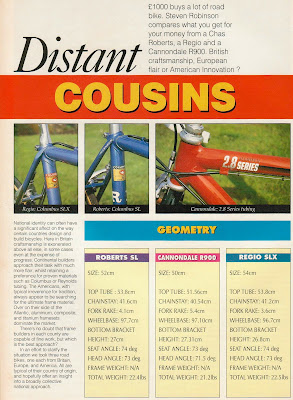 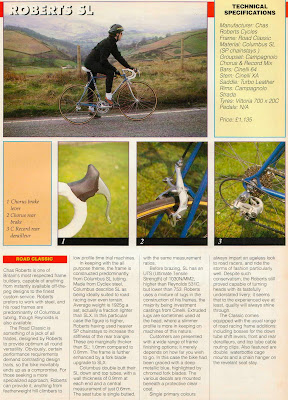 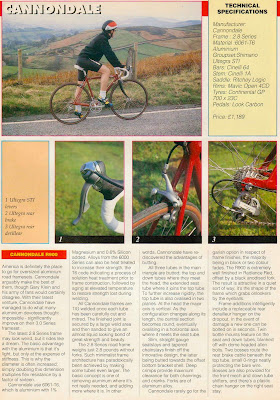 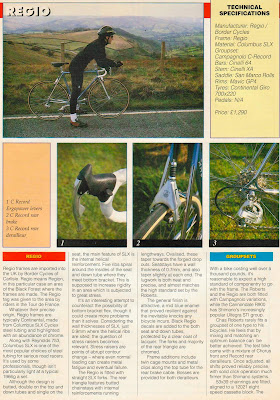 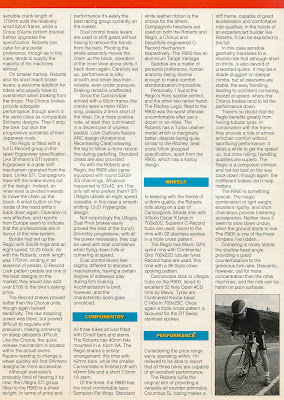 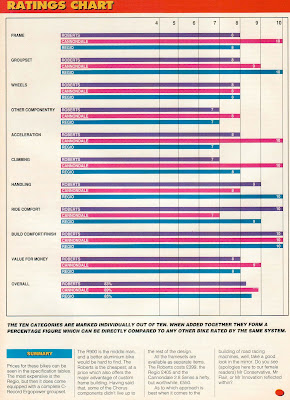 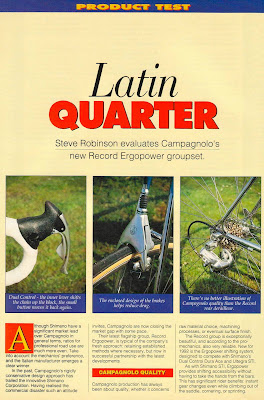 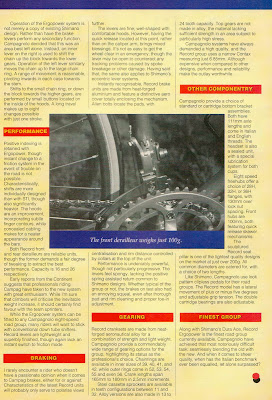 When the old get back up

There appear to be two main hurdles in establishing a level of performance in endurance sports. The first is setting and maintaining a routine. This is often done in the company of others (the Wednesday morning group ride, the weekend club race etc). The second is getting back up after injury. This is often a solo ordeal.

The older cyclist doesn’t bounce well. More specifically, they don’t bounce back well. There are many reasons for this but at least two come to mind. The first is intrinsic. Older people simply do not have the same depth of physical reserve to take up any slack when one system takes a hit. Running with an injured knee can throw out the hip. Getting back in the saddle after missing a couple of weeks of riding taxes an already stretched cardiovascular system.

The second reason is extrinsic. In my age bracket (30-50 years old) work and family commitments form a large part of the daily routine. Sports like bicycle riding play a secondary role and have to fit around these core activities. If the recovering ride (run, paddle, etc) requires a further period of recovery on the sofa watching videos (or in front of the computer posting a blog) and violates these responsibilities then the ramifications can be profound. More often it is the anticipation of such outcomes that dampens the enthusiasm to return to the sport.

These are excuses. Let’s not forget the majestic words of Ronnie Johns 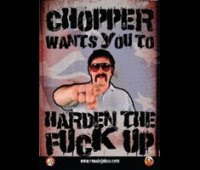