Putting some bits together for the Llewellyn.
(http://campagnolodelta.blogspot.com.au/2012/05/dazzas-first-lucentezzahtml) 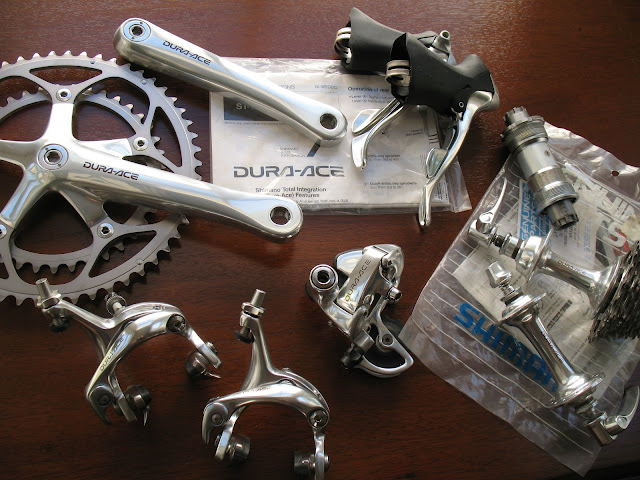 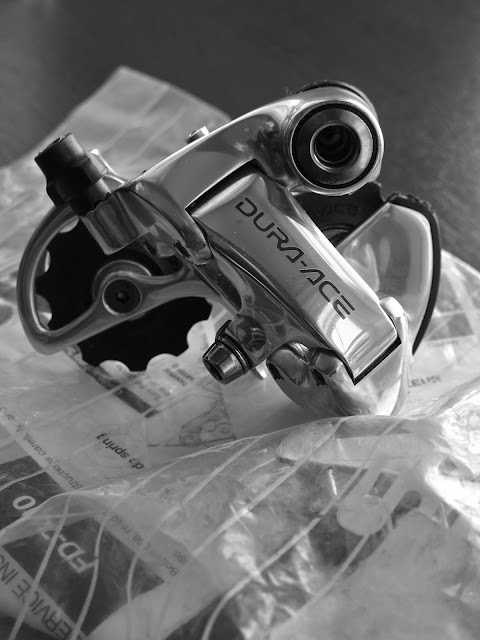 Reigning from 1997 to 2002 as Shimano’s top-end groupset, it is arguable that DA 7700 lacks the technological punch to stand out on its own against breakthrough DA 7400 or ultra-refined DA 7800. Just a sort of 9-speed filler between the two (http://campagnolodelta.blogspot.com.au/2011/07/dura-ace-1973-2009.html). But in 1999 it was this component group that allowed Shimano to finally climb to the top of the podium at the Tour de France. A bicyclist from Texas, USA may have helped it get there. 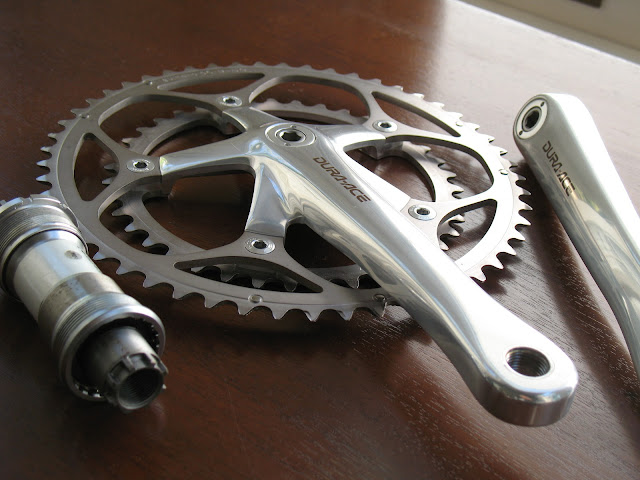 Here’s a nod to tradition: cranks with 53/39 rings and Octalink BB. Amongst the last generation of high-end chainsets that kept cranks and axles separate. 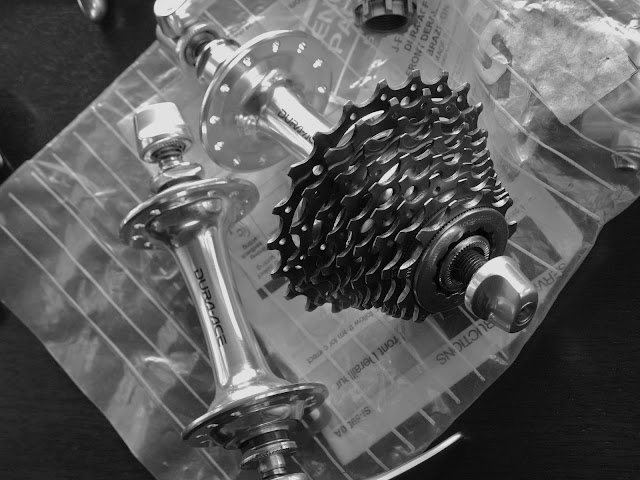 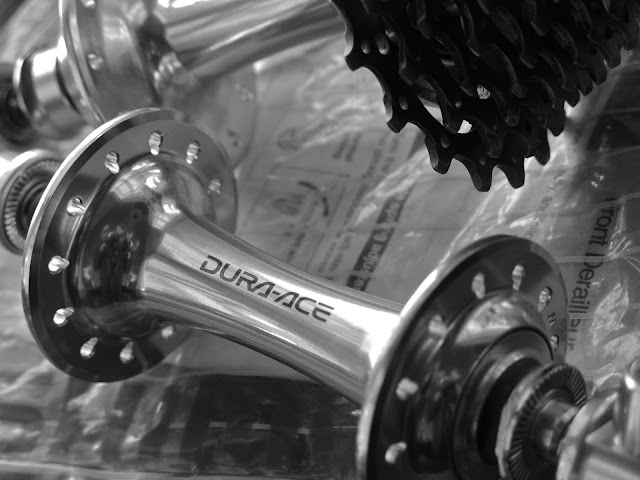 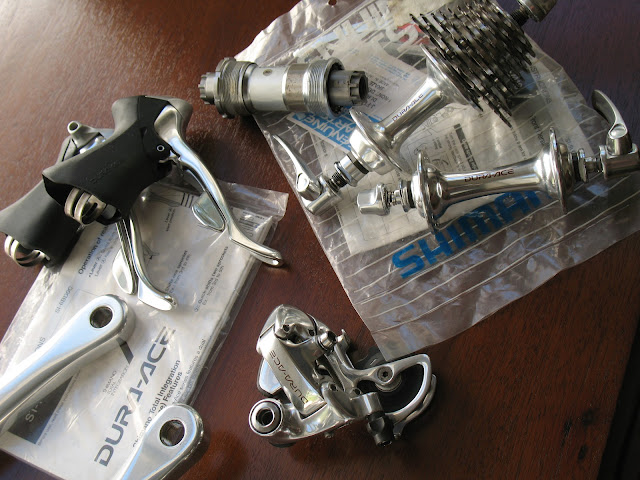 Functionality with shine, sophistication, and a stately, traditional demeanor. 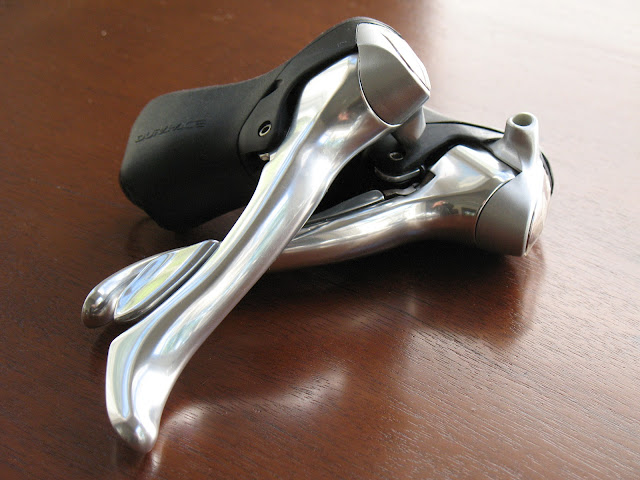 Shimano’s 2nd generation brifters. Lovely legs and a body as splendid as a ship’s prow. 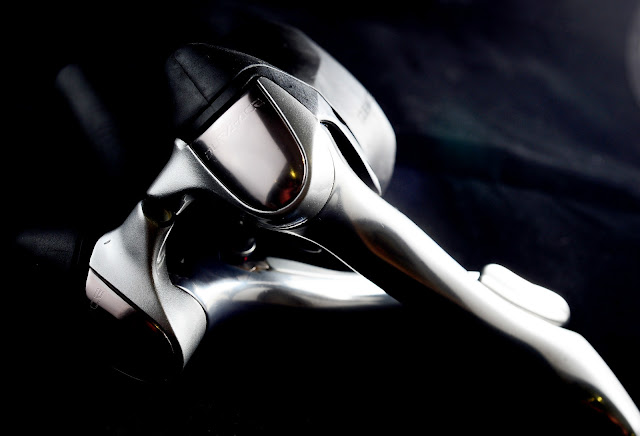 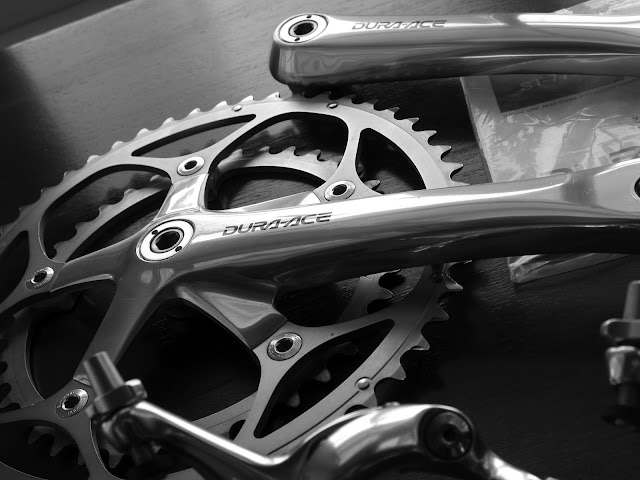 Aesthetics is a notoriously slippery area to find agreement on. Especially so in the plebeian arena of human-powered, two-wheeled transport. In 1998 Shimano embarrassed itself when it pimped 7700 as 25th-anniversary Dura-Ace and released it to an audience that was less than euphoric and certainly not prepared to sell a kidney for the privilege of ownership. The vagaries of human vanity and desire means that we will pay seemingly stratospheric prices for certain things, at certain times, from certain companies. But everyone knows that Shimano made a name for itself producing good-value stuff for the cycling (and fishing) community. And good-value does not translate easily to a desirable, niche product. And it didn’t for 25th anniversary Dura-Ace. Although I don’t know for sure, I also suspect that a pair of blinged-up, limited-edition Hush Puppies are not going to be as coveted as your run-of-the-mill Jimmy Choo’s. (I don’t know why. It just ain’t.) Sure, you can hand over large amounts of coin and get whatever you like, but the people you care about will probably laugh at you. 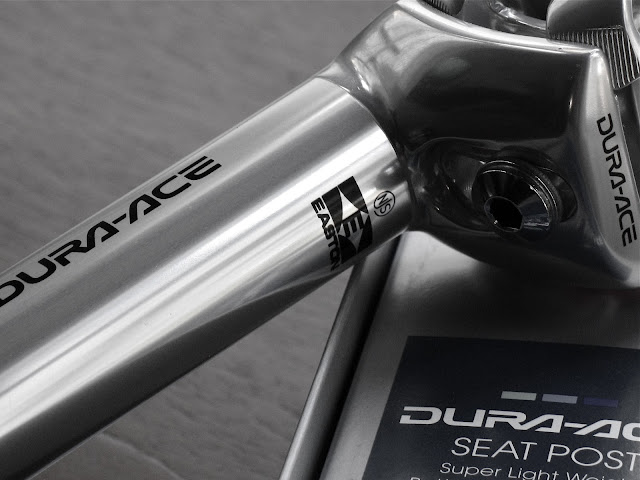 The SP-7410 seatpost. The only place you will find NJS, Easton, and Dura-Ace logos all on a single pipe of aluminium.
So much nasty chatter about debonding issues. So irresistibly good. 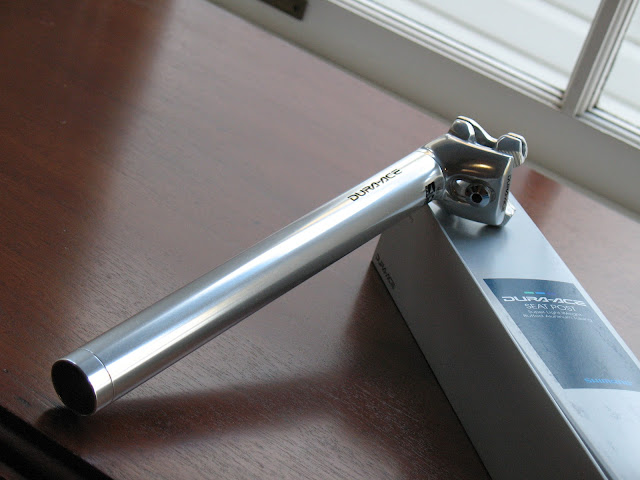 Elegant, sophisticated, discerning, expensive, and temperamental. Just like all the world’s most desirable women.

The last time I managed to fly off the rivet (wings flapping and all) I was doing loops at Heffron Park on DA 7700. A touch of wheels on the final straight brings down 4 riders and blows the sprint apart. Terse words, hot heads, crumpled bikes, bruised egos and gravel rash. 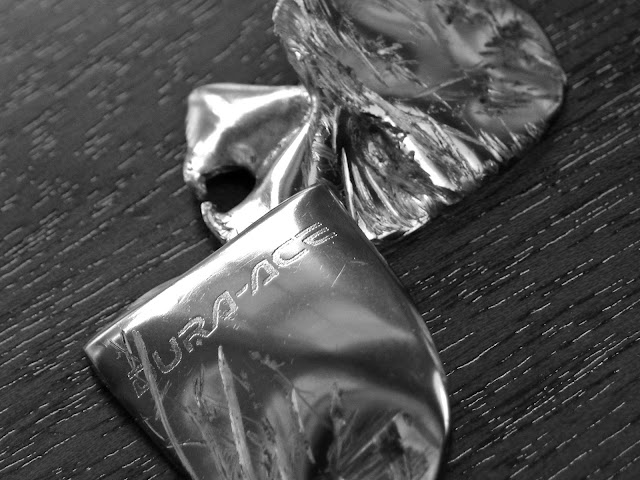 Them were the days.

That's a beautiful groupset, but won't it be a little offended when unwrapped after a decade and put on the fancy pants Llewellyn? Camp should have campy.