The human eye can be very exacting. The human hand often less so. 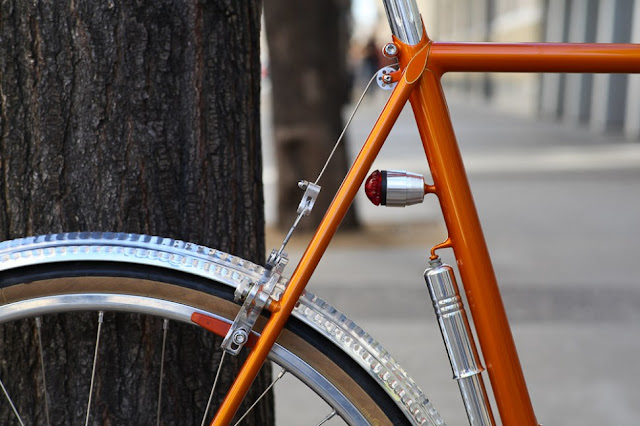 Bishop 650b Randonneur.
Photo by John Watson via http://prollyisnotprobably.com/2012-nahbs/

It’s been a long two weeks since the North American Handmade Bicycle Show. And on a cold, lonely night one can sometimes read more into a set of lugged, steel tubes than in the clear light of day (or otherwise read more into a set of fillet-brazed/ bilaminated/ TIG-welded/ glued/ wrapped/ moulded - steel/ titanium/ aluminium/ carbon/ bamboo/ wood tubes...)
Leaving aside the marginal behavioural tendencies of one sad and lonely troll, it is probably fair to say that NAHBS is a radiant beacon of the bicycle builder’s craft. Sure, there are many talented builders and plenty of beautiful bicycles out there, but NAHBS does a good job of bringing a large number of them together albeit only for a couple of self-indulgent days. No other trade show celebrates the expression of the bicycle as an art form quite like NAHBS.
Now, the troll is old enough to remember a time when the show bike was simply a blinged-up production bicycle propped up against a background of other production bikes and frames. A time when the show bike gleamed in flawless chrome or with - even more ostentatious but patently ridiculous - gold plate. A time when pantographing was a mark of the exclusive. A time when the show bike was dressed only by Campagnolo.
Well, times have changed.
And two ex show bikes currently on ebay highlight some of the differences. 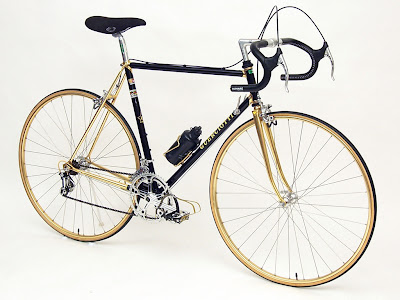 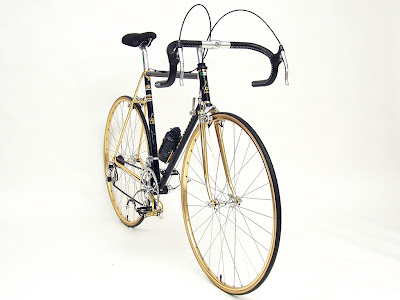 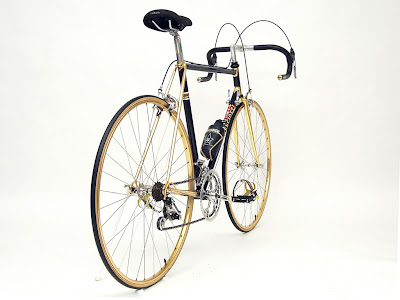 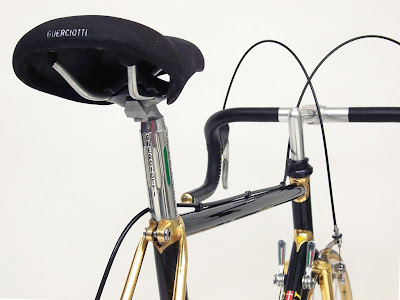 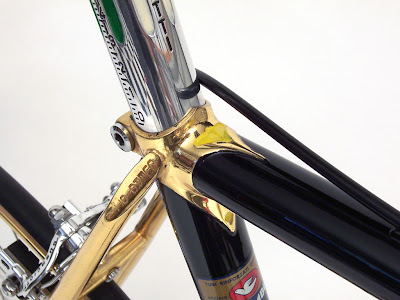 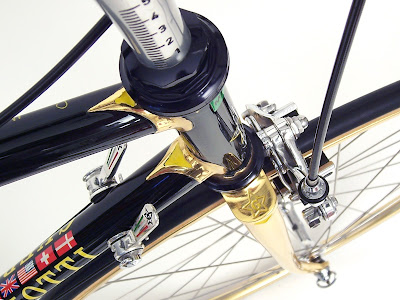 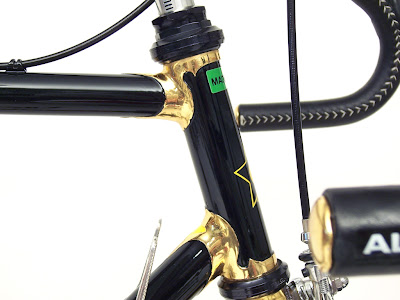 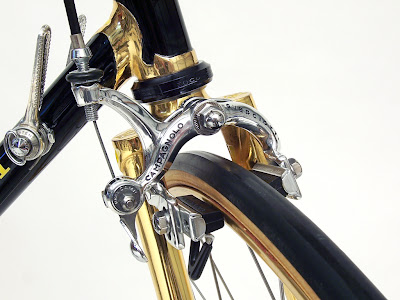 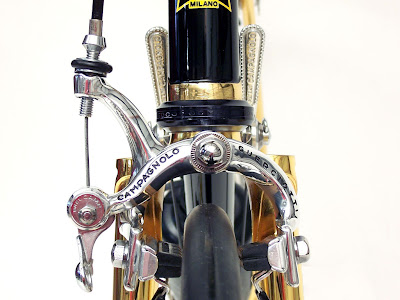 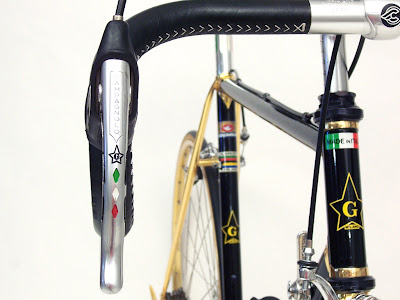 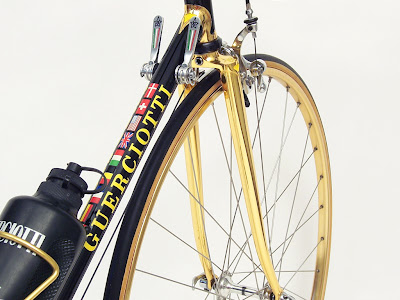 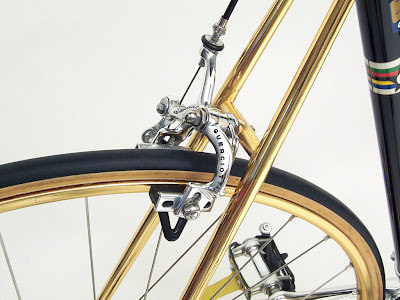 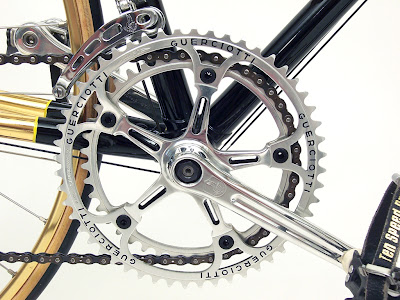 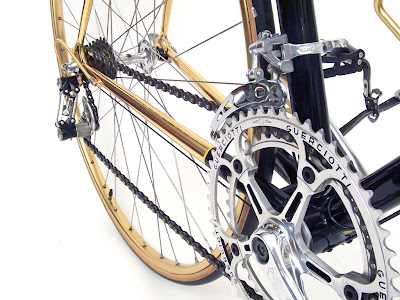 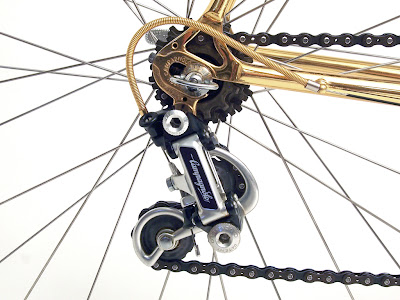 The demise of Campagnolo from the professional peloton has been notable. But bicycle racing has many layers beyond the bicycle and its assorted componentry. The personalities, controversies, race tactics, and photogenic locations/ opportunities that highlight competitive cycling’s increasingly buffed and beguiling image (female or otherwise) provide far more exciting conversation. Singular focus on bicycles and their attached bits and pieces is the playground of the bicycle trade show. So Campagnolo’s absence, or rather, its lack of presence, at NAHBS over the past few years is noteworthy. A circus of divas and curios at the other end of the world may seem a piffle to one of cycling's grandest racing icons but they both market to the pointy end of the consumer spectrum. As NAHBS profile increases (including the display of serious race hardware) Campagnolo (at least its modern goupsets) remains conspicuous in its absence. 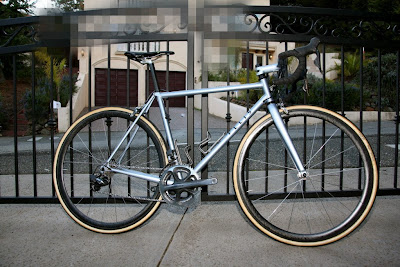 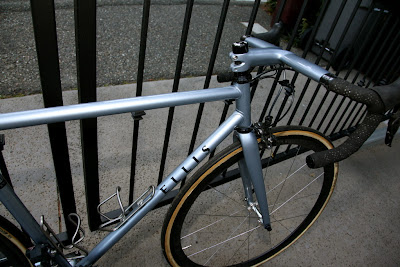 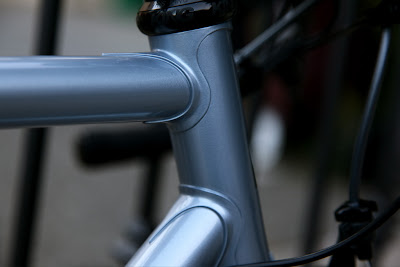 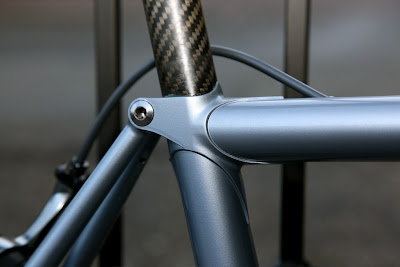 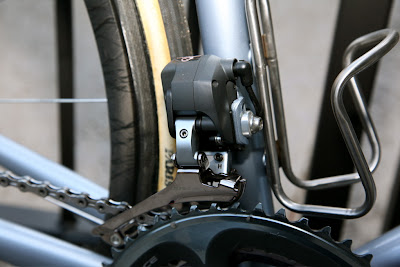 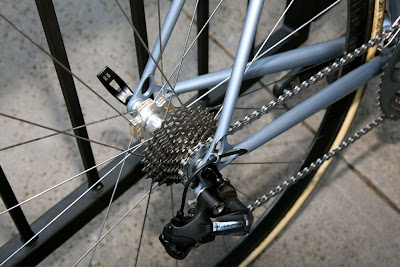 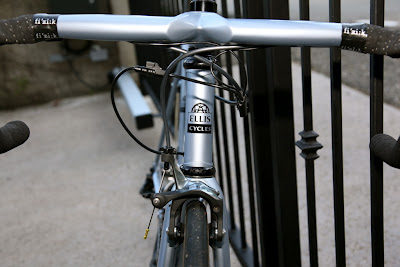 Quality workmanship in any area will (ultimately, if not immediately) draw an appreciative audience. And subtle refinements of the bicycle framebuilder’s craft has always attracted admirers amongst those that looked for it. But, in the main, bicycles are functional items. Being noticed in a world busy with other distractions often demands a less than subtle approach. And wrapping a base metal in gold is one sure way of drawing attention even if it makes no functional nor metallurgical sense. But times have changed. Enlightened souls networked in an internet era means more chatter and more choices. Like the consumption of boutique beer, the mass appreciation of the finer aspects of the bicycle is a recent development. Small builders with flair now have access to a much wider audience. No longer can a big brand company wrap a standard frame or groupset in chrome or gold and pass it off as a “show bike” assuming the market has no other choice. Discerning consumers want more. Bicycle appreciation is mainstream.
Well almost.
Beer is a lot cheaper.
But do we need show bikes? Yes! Because they are an unnecessary indulgence. For those that care about such things they are standard bearers that represent what is possible. Something that can stand above what can be perceived as mundane and mediocre. It encapsulates hope and desire. An escape from whiling away the hours. But it is still only a bicycle. Recognise any resonance that develops between man and inanimate machine for what it is: a potent mix of perception, experience, emotion and timing. It reflects as much about the individual (and the image he wants to project) as it does about the object at hand. For those that don’t care about fancy frivolities, they gain nothing nor do they lose anything from disregarding the existence of such superlatives. Satisfaction is a blessing. Enjoy it. But mock not those that can see more than you: neither those that can afford such luxuries, nor those that merely choose to dream.