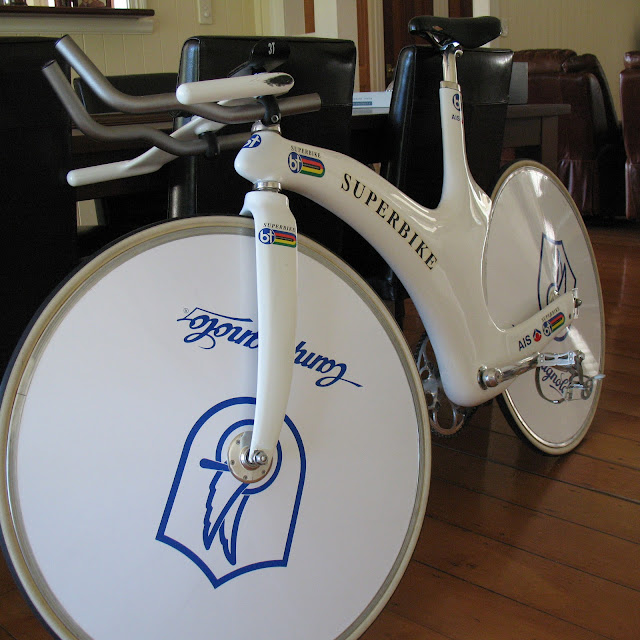 It is a sad fact of life that Campagnolo Ghibli disc wheels are perversely expensive. Even when they are 20 years old... 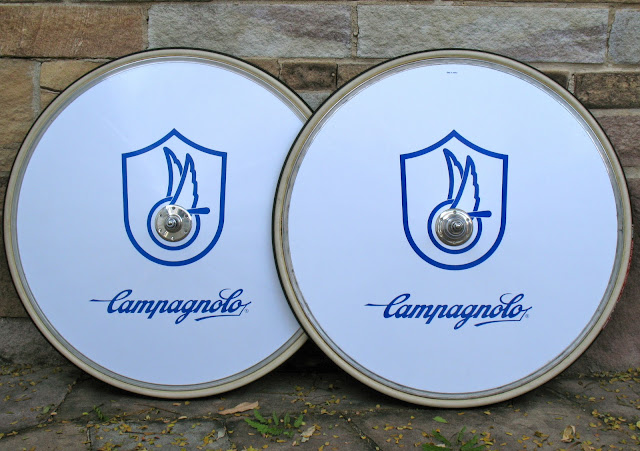 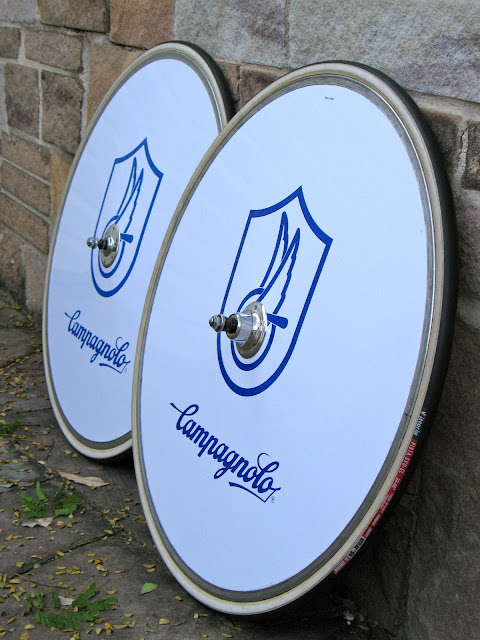 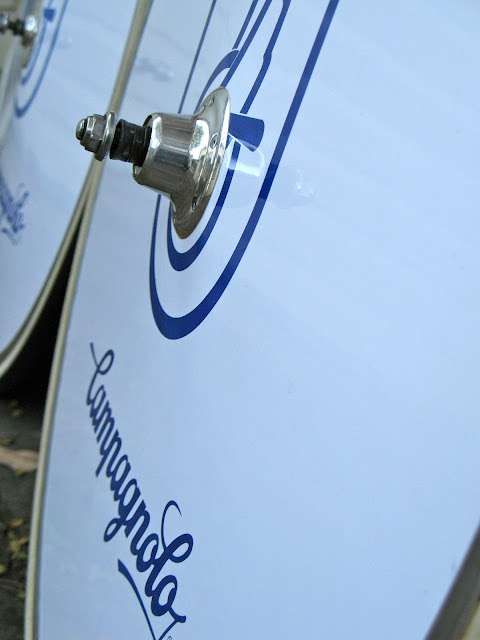 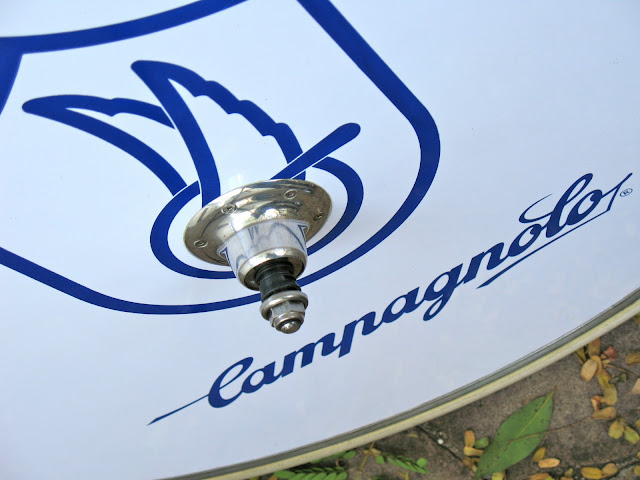 But once found and confirmed to be in good condition then the troll must pay for the privilege. If only to fulfill an obligation. 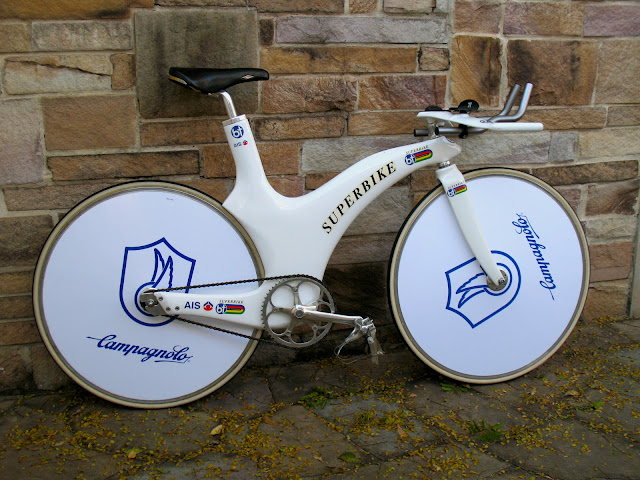 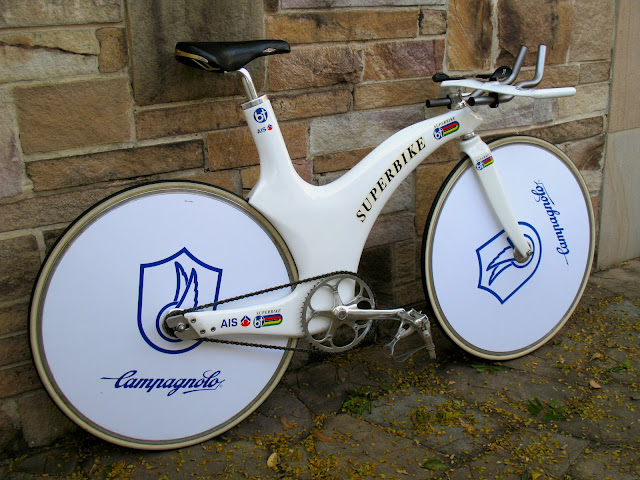 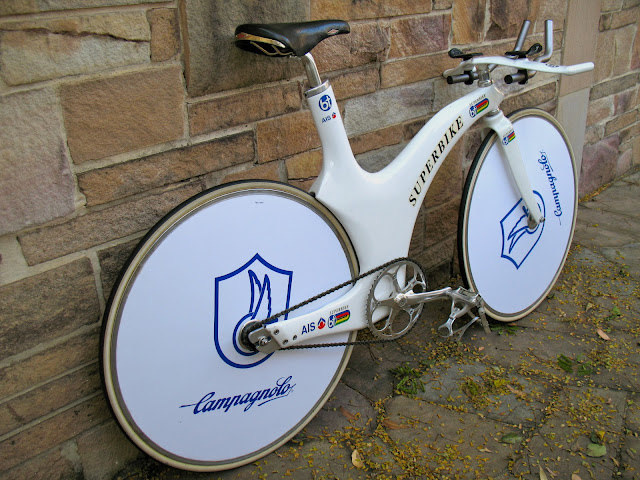 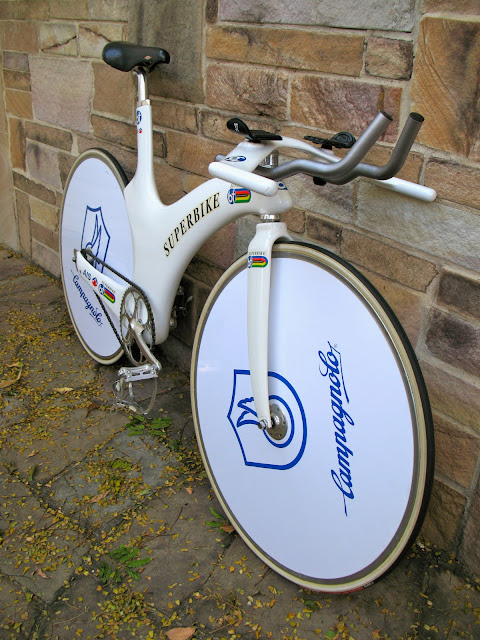 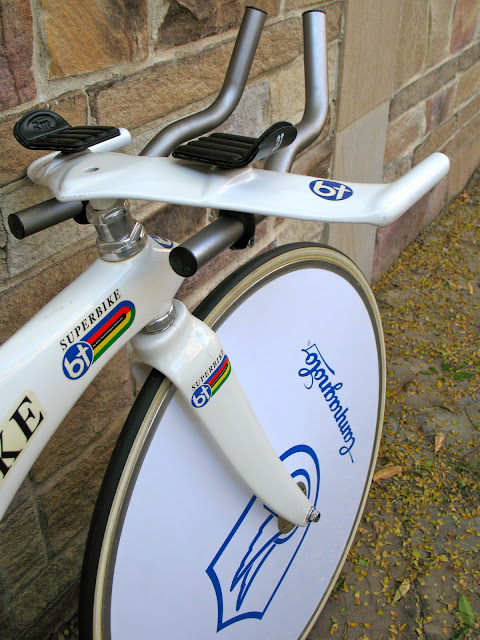 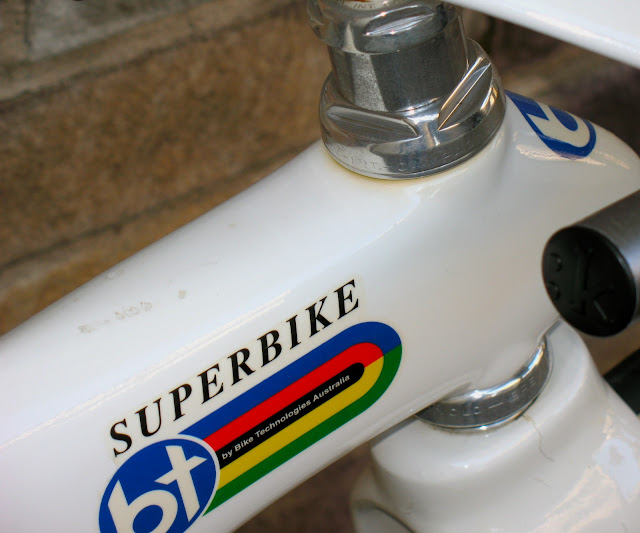 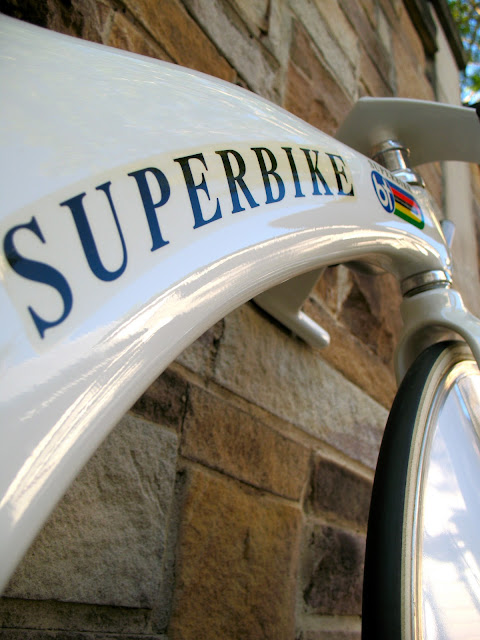 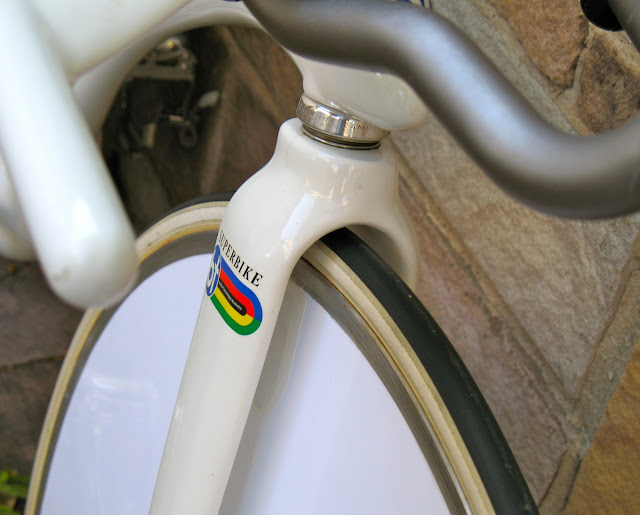 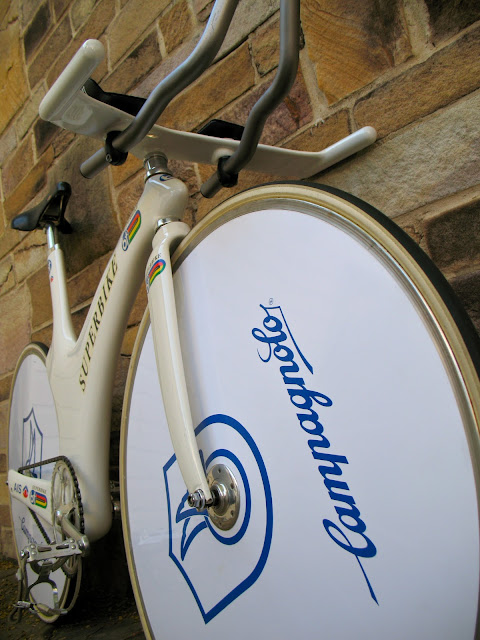 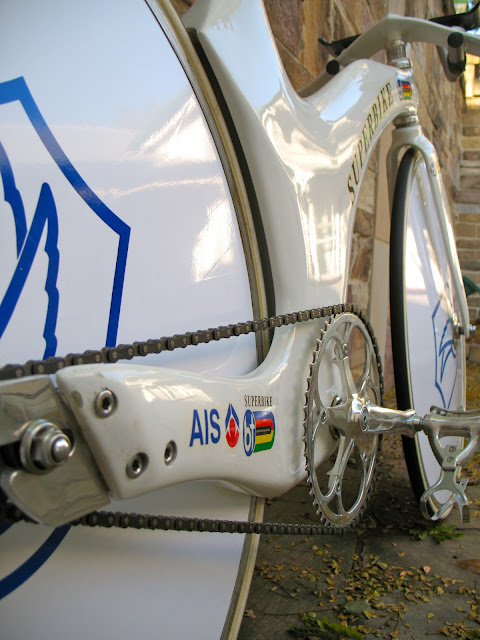 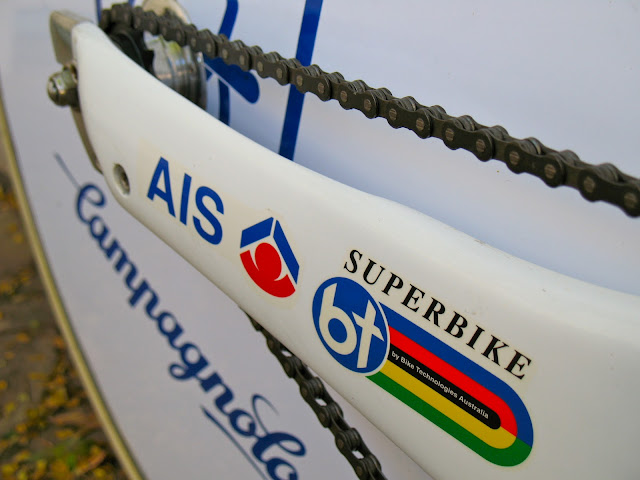 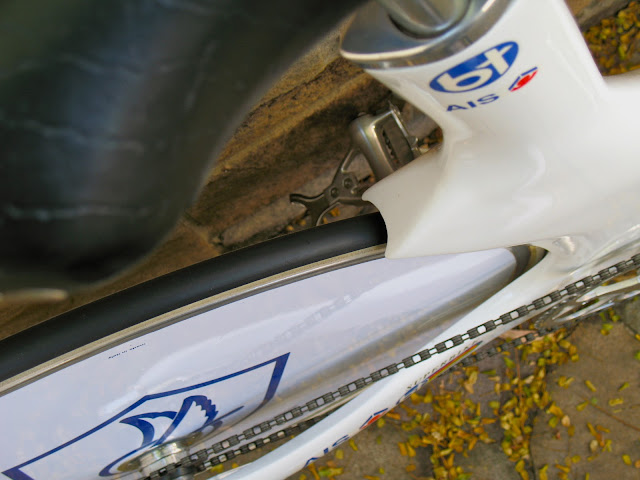 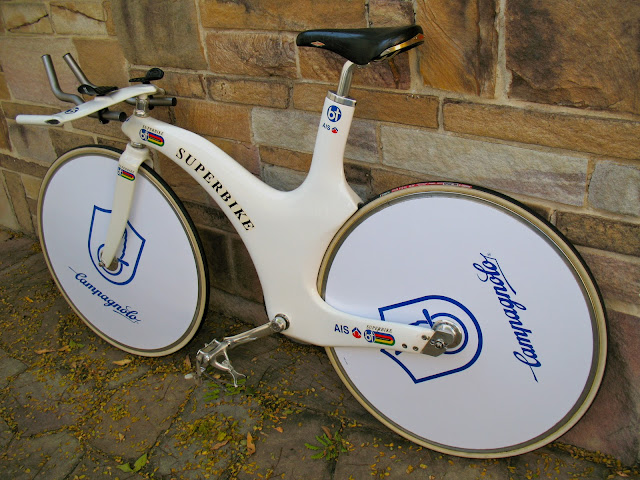 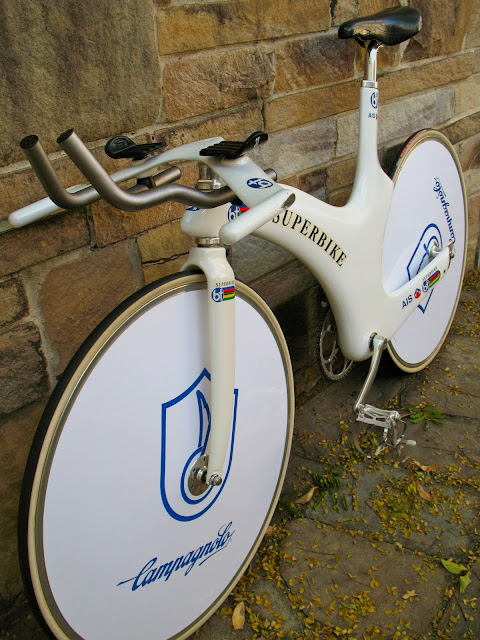 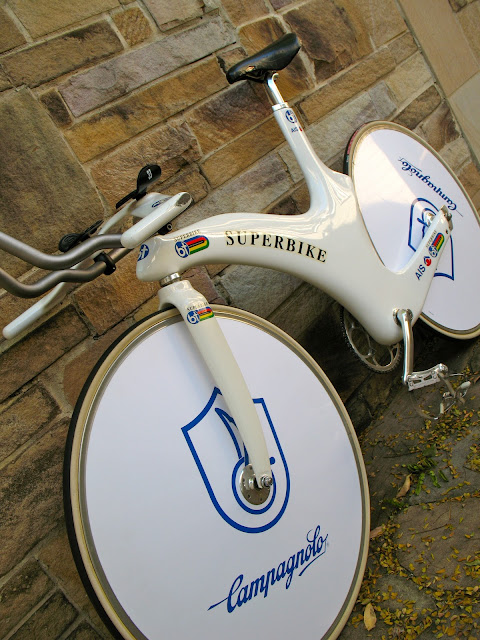 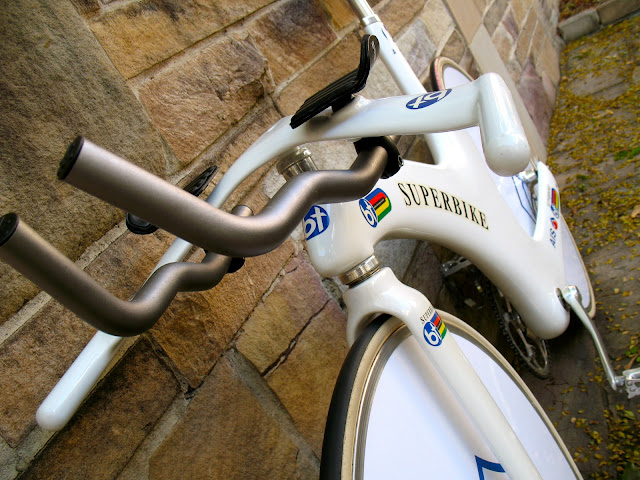 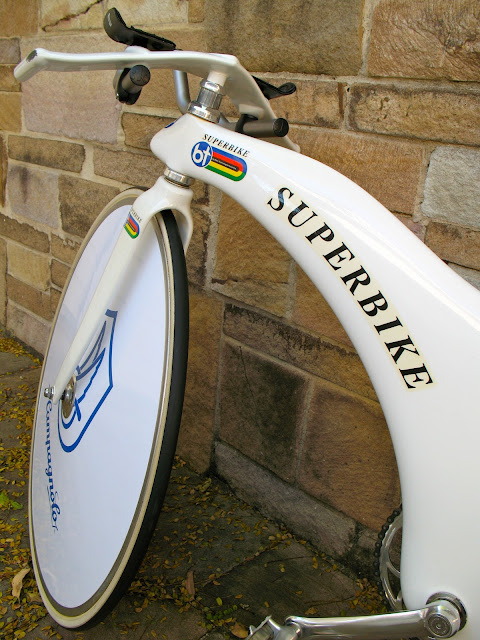 The money spent on these wheels was what Ben Benenke had in mind to help lift the American economy or what Angela Merkel needs to pledge to save the Euro (ie equivalent to 120 takeaway meals in Australia, or about a trillion American dollars/ 750 billion Euro). I guess it will have to be yet another round of “quantitive easing” for America and the junking of Greece, Spain, Portugal, Italy, and Ireland from the Euro zone.
But, like the non-competitive cyclist who palps the super-light carbon tubular race wheels on the Sunday group ride, I have this to say to those that think the money is better spent elsewhere:
“Non, je ne regrette rien.”
French for “AYHSMB” ( http://www.urbandictionary.com/define.php?term=AYHSMB) 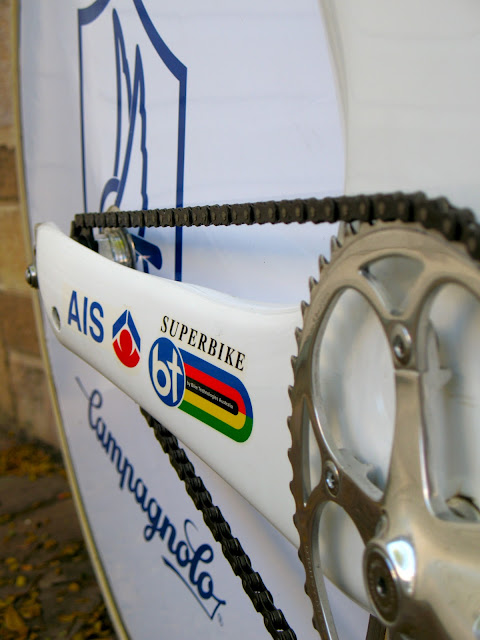 Hey I'm riding tomorrow without paying for registration and getting a sponsors jersey - So I take it that I'm a "competitive cyclist"???

Time to palp some carbon tubs...

No. You sold your soul to industry. But I'll see your soulless carcass tomorrow

HI GREAT BIKE . can you tell me how you know that from ais . for i ring bt told me 1000S of they frame were made. i have the same frame only my has brake holes. i need some help to fix my one to use agian thank you