"A mass-produced frame does not have soul. It does not know anyone."
What a great statement from an old Italian frame builder. Resonant and almost poetic, yet impossible to pin down. So wonderfully Italian!
Mr Pelizzoli (who owns the above quote) is better known as the principle framebuilder behind Ciöcc but he has apparently built some frames for (Alberto) Masi. This frame is currently listed on ebay as a NOS prototype Masi Gran Criterium built by Mr Pelizzoli for distribution in Europe. 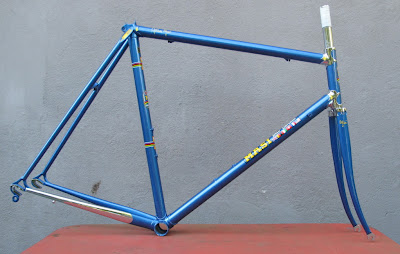 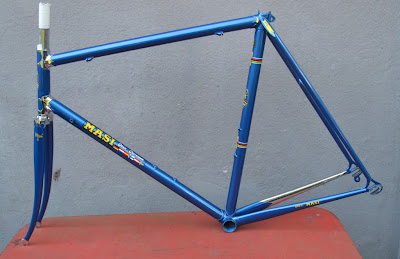 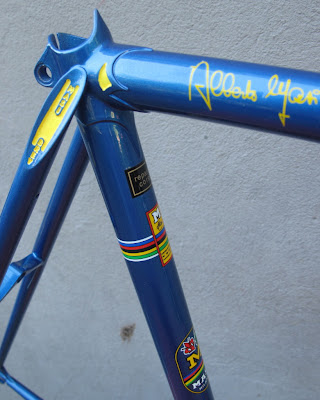 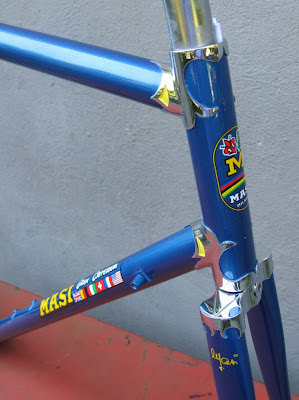 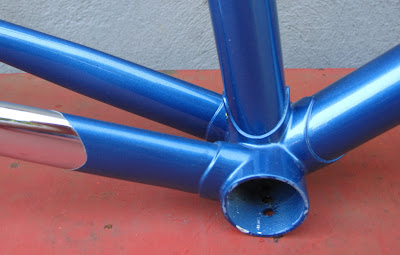 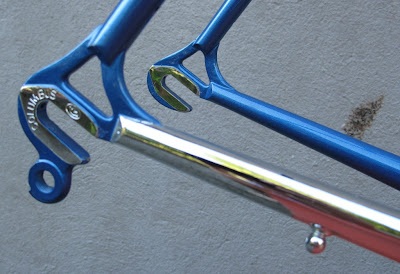 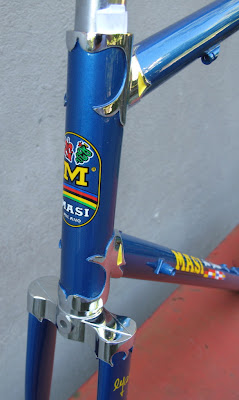 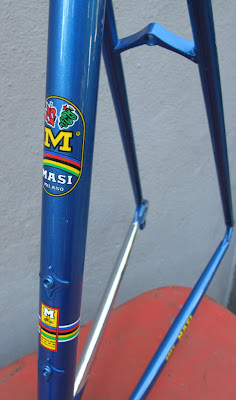 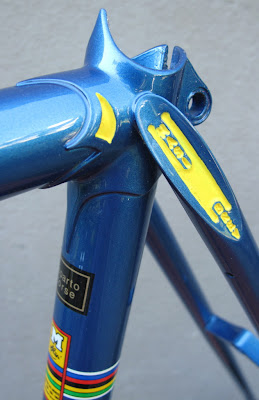 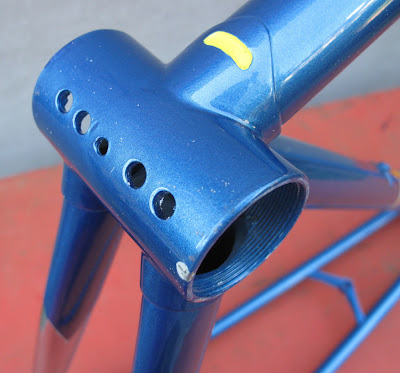 This is quite a modern frame with oversized Columbus Spirit tubing and fitted to accept threadless headsets. But retros back to the old days with full chrome and Italian BB threading.
Gotta love them Italians! 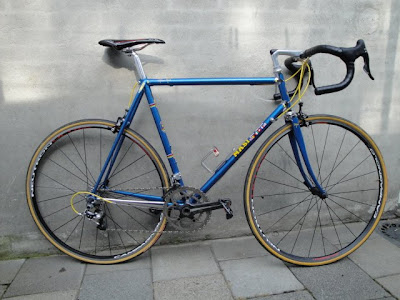 Labels: wanderings of an ebay troll