I coveted the PDM Concorde Squadra bikes in them early days. This specimen was apparently owned by the PDM mechanic (!) and comes with race-spec Columbus TSX tubing and full 1992 Campagnolo Record groupset. Looks to be in excellent condition and just sold on ebay today for USD $1599. 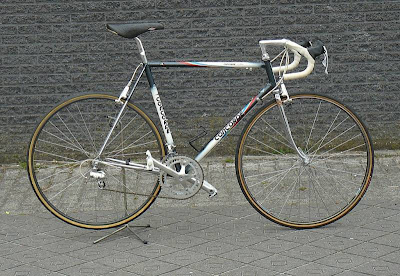 1992 Campagnolo Record was a wonderful mix of modernity and antiquity. It retained the C Record aesthetics first seen in 1985 (beautiful to behold but lots of highly polished aluminium made for a heavy and eye-wateringly expensive groupset) and introduced the Ergopower brifters to the public (in my opinion the Ergopower levers have never been as beautiful as they were in 1992 - solid, stately, heavy, clunky). And, yes, delta brakes were still the Campy’s top-level offerings in them days. 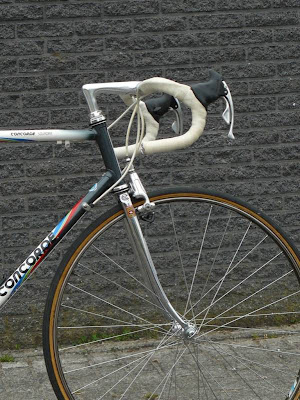 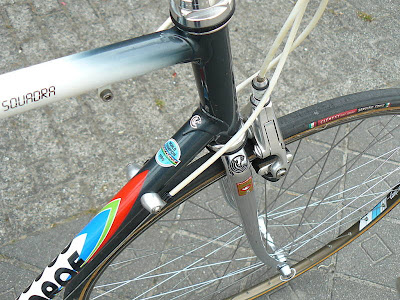 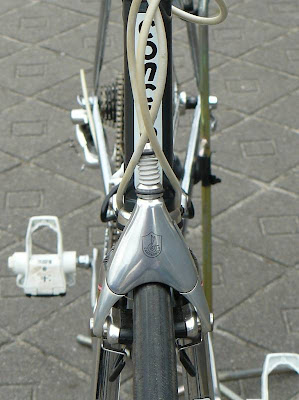 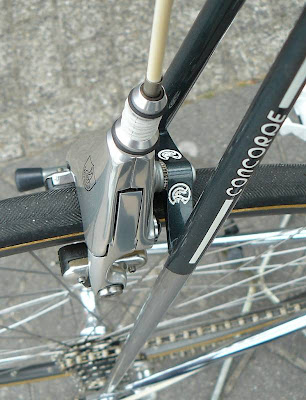 In 1994 Campagnolo introduced their dual-pivot brakes (although deltas were still available) and brought out their 3rd generation Ergopower levers with Hyperglide cluster. It was the last hurrah for the C Record aesthetic before Campagnolo lost the fat from their cranksets (and stopped polishing the inner arms), revised the front derailleur, and started labelling their range so everyone could tell what “level” you were riding.

I’m rather partial to the C Record aesthetics. But I also like parts that work efficiently. And the better things get, the greater the expectations.

As a comparison the ebay troll found a Richard Sachs Signature from 2004 with a 2003 Record Carbon groupset. Lovely bike which sold on the 5th June for USD $3,305. No doubt a better frame with a more modern and effective groupset. 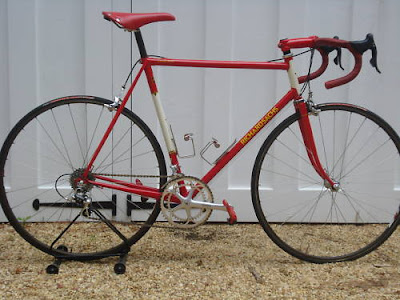 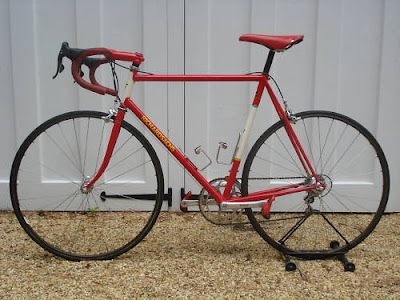 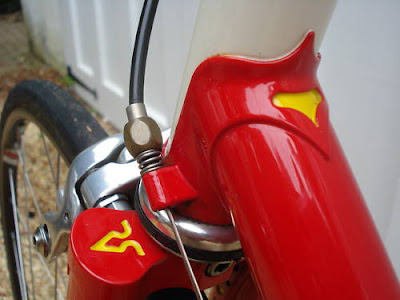 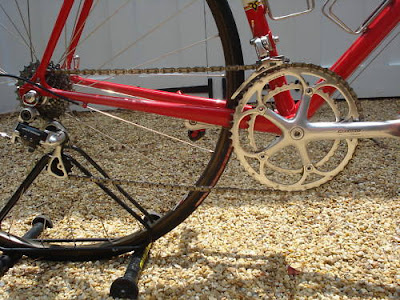 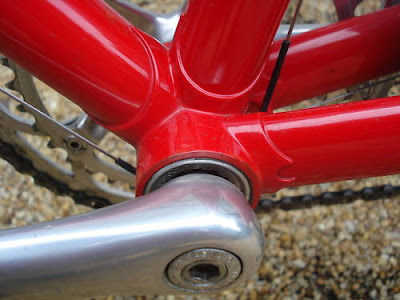 The Concorde was a top-of-the-line professional race bike in 1992. The Sachs is a wonderful exercise in steel with quality parts. The Concorde shows her age. The Sachs harks back to tradition. Both great, just different.