What price for a bicycle?

Insurance. A part of reality that forces us to fix a monetary value on our possessions.

Valuation of material wealth whilst trying to exclude sentimentality and the endowment effect (that failing of human psychology where we tend to value an item in our possession as being worth more than if we didn’t have ownership) takes a certain glean off the pleasure of ownership. But it got me to thinking about the price of bicycles in general. In particular, the valuation of the classic/ vintage bicycle.

“... In ‘Formal Theories of Mass Behaviour’, William McPhee noted that a disproportionate share of the audience for a hit was made up of people who consumed few products of that type. (Many other studies have reached the same conclusion.) A lot of people who read a bestselling novel, for example, do not read much other fiction. By contrast, the audience for an obscure novel is largely composed of people who read a lot. That means the least popular books are judged by people who have the highest standards, while the most popular are judged by people who literally do not know any better...” The Economist (p73 Nov 28-Dec 4)

The Economist (a non-cycling rag but a good read nonetheless) ran an article on why blockbusters continue to remain a powerful entity within the public consciousness even with the growing rise of niche areas that cater for the determined enthusiast. The notion is that the flood of choices now available (via online bookstores & music outlets, cable television etc) has had a confounding impact on the marketplace.

“Blockbusters” have popular appeal and presence and this ensures their survival. Easy appreciation has a broad reach. Niche markets have also grown as information and goods are readily distributed via the internet. In this sense, discerning appreciation has now got a longer reach. What has lost out is the middling ground: not quite the blockbuster and not quite exclusive enough. This middling ground gets lost in the clutter of information caused by (apparent) limitless choices.

The article from the Economist is a brief of the media industry (movies, television programs, music and books) but the concept helps to explain some of the trends in the bicycle industry. There is, however, one significant additional factor: bicycles cost a lot more than movies and music downloads. Most people in the developed world will own one or two bicycles (if they own any at all) but will have watched many more movies and have a decent collection of music. Only a very small number of people have the enthusiasm, time and money to collect a large number of bicycles.

As a small-time collector I have noticed significant variations in the price of classic bicycles and components over the past few years. Some items have rocketed in price while others, of equal or better quality have floundered. There appears to be a growing number of wealthy consumers who are prepared to fork up for a classic item that catches their attention. Prices for classic Colnago bicycles (in particular the Colnago Master) and Campagnolo components (in particular the C Record group) have soared. 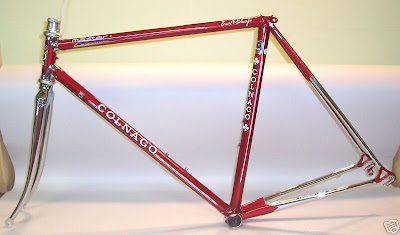 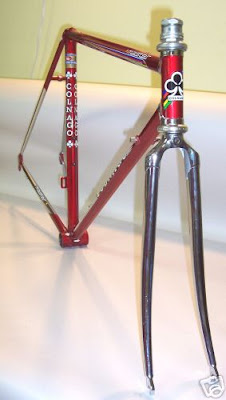 For example, a Colnago Master in mint condition and of common size (52-59cm) could be bought for $650 USD in 2005. Four years later, despite a global financial meltdown, the asking price is in the order of $2000 USD. Although I am a fan of the Colnago Master (I own three of them) there is no doubt that an equivalent Glenn Erickson is a better made and far more exclusive frame. Who is Glenn Erickson? My point exactly. Glenn was a custom framebuilder from the US and his work is revered by current practicing builders and informed collectors. I managed to find an Erickson on ebay recently and purchased it for about half the price of a Colnago Master in equivalent condition (I could have paid less but I wasn't prepared to let it pass). 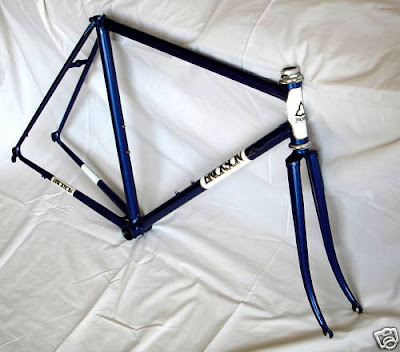 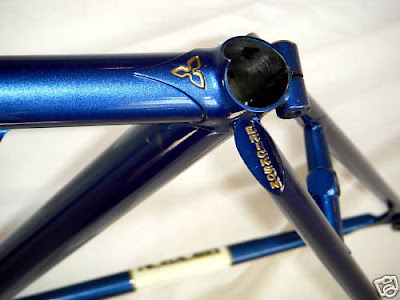 Colnago with its awesome palmares has a justifiably large following of enthusiasts. Smaller marques and independent framebuilders can never assume the same stature simply because they lack the marketing power to maintain presence and the funds to pay for professional teams. To make their mark they need to stand out from the crowd of middle-order players. A 1970‘s Masi Gran Criterium with twin plate fork crown is more distinctive and generally sells for more than one without. Even so a Carlsbad Masi with twin plate fork will still sell for the same price as an equivalent-period Colnago Super in the same condition despite being a much rarer bike and having a better build quality.

My point is that greater awareness has lead to increased exposure of classic examples of more-or-less well-known marques. These can be regarded as the “blockbuster’s” amongst collectible bicycles. They have a broad market appeal and have increased significantly in value.

Smaller marques with less brand recognition seem to be left by the wayside in the muddled middle ground. An auction environment with a limited time of exposure compounds the problem as the market for buyers and sellers is already so thin. Getting a motivated seller and a determined buyer to the market at the same time is an improbable challenge.

Exceptional pieces (say, an original condition 1930s Gloria Garibaldina) has deep market penetration with a small number of knowledgeable (and well-connected) collectors with equally deep pockets. This market at the top-end of the game continues to command exceptional prices. In the rarified atmosphere of the super-niche collection some of these bicycles have become investment-grade opportunities. 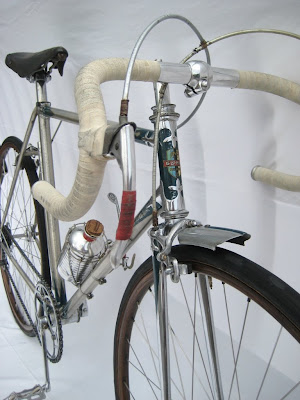 I wouldn't get too worked up over the Gloria. I own it. Contrary to what the Boston seller claimed, I now know it's not a Garibaldina. Their touring models had pump pegs, not their racing models. As to its original condition, I doubt that too. It's pretty to look at, but hardly original. $10K mostly wasted. Caveat emptor.