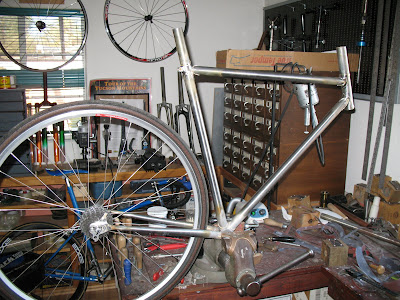 Alignment of the rear triangle checked with a wheel in place. 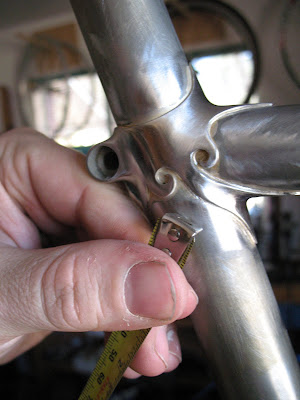 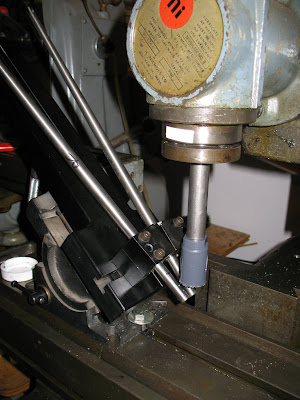 Seat stays slotted for the rear dropouts then mitered with mechanical precision.

If it’s not already obvious, this is not the standard frame-building course. I cannot replicate this frame (well, maybe after 15 years experience...) and David made it clear that he would have to play a significant role in the build. And that the frame would not be complete within the 2 week allotted period...

Nonetheless I was able to understand the process of building a frame and thereby deepen my appreciation of the craft. To (ultimately) end up with a custom bicycle frame, built to a superb level of finish, and to say that I had some role in its development, then all the more sweet. 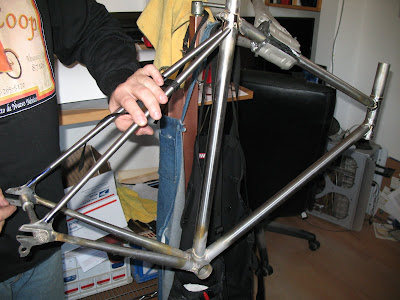 Seat stays in position (well we nearly got there...)

Approximately 250 people attend bicycle frame-building courses in the US every year and the vast majority never plan to build a bike again. I’m no different from the majority except that I wanted a certain frame that I could not build on my own and few people in the world could teach me this.

In the process I have had a great time, tempered my bicycle cravings and gained a whole new perspective of the industry from the engaging & enlightening rants of a master frame builder. 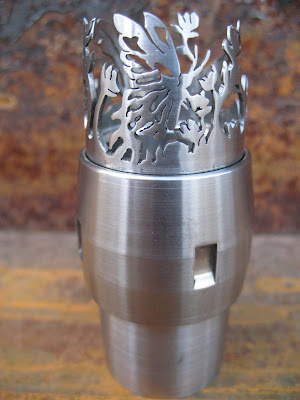 Cycling jewelry in an S&S coupler. Nice to see such craftmanship still being practiced in our increasingly impatient and indifferent world.

I will post pictures of the completed bicycle when I receive it in February 2010.

What a great experience! Dave is unique, and has huge respect in the framebuilding world. Good luck with the finishing.
Craig

Dave, was it possible to use this s&s coupler in a bike frame?
I am planning to buy a tandem with S&S couplers and if it is possible to prettify them, why not to have a s&s coupler from you!
Thanks
Richard