In 1995 ebay began with the single sale of a broken laser pointer. Many years passed before the troll became aware of the treasure trove that lay within the caverns of the bay (by then a slick trading machine for collectors as well as servicing the general public in search of more mundane essentials). Currently ebay hosts about a hundred million items at any one time.

Thankfully the troll was there early enough to catch a glimpse of some products that might not make it on ebay today (patronised by a more sophisticated clientele of buyers/ sellers/ browsers, not to mention a tightening of ebay’s fee structure). One item that piqued the troll’s interest in those early days was this: 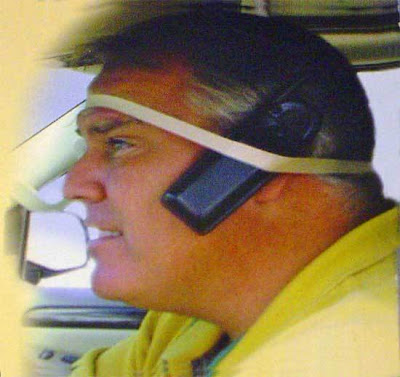 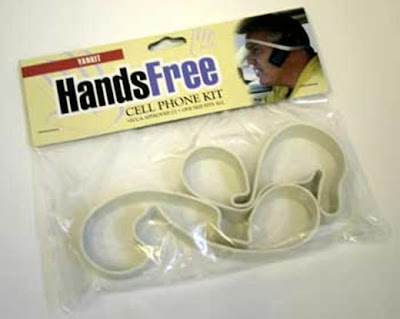 The troll managed to procure one such item from his workplace (where it is commonly referred to as a very large elastic band). A little too tight to place around the troll’s bulbous head and in any case placement of the phone would preclude the application of a helmet on aforementioned bulbous head (if you are a middle aged male that chooses to wear full lycra in public then Australian law mandates that you ride a bicycle and wear a helmet). So the hands-free mobile phone kit was put to good use on the handlebar. 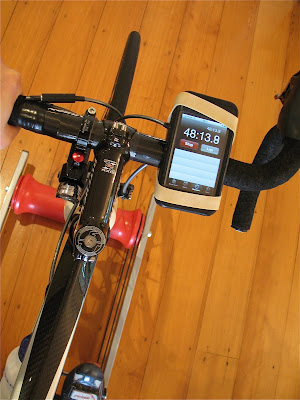 Damn shame that sophisticated gadgetry these days aren’t as versatile as this.

hhaha nice humourous post.we are the leading suppliers of handle grips from india.For bulk requirements do visit us at:
http://www.virajpolyplast.com/

For bulk requirements of handle grips visit us at:
viraj polyplast

Things are moving ahead.