Thou shalt not covet thy neighbours’s bike 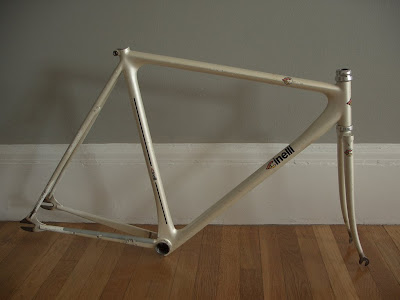 The troll has never really been all that enamoured by the various itinerations of the Cinelli Laser. Not because the lines aren’t clean or easy on the eye (they are) but because the troll only became aware of the Laser (precedence notwithstanding) after he had already espied and fallen for the Kestrel 200 SC in the May 1989 issue of Bicycle Guide. 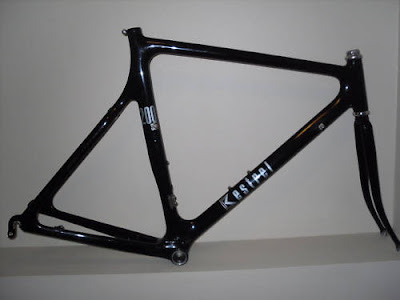 The 200 SC was a cutting edge, carbon monocoque road frame that had beautiful flowing lines, light weight and (reportedly) great handling. And it wasn’t prone to catastrophic failure as some of its carbon/ fiberglass forebears. With the revolutionary Kestrel 4000 released a year earlier (1988, arguably the first production carbon monocoque road frame*) and the super-light Kestrel 200 EMS unveiled a year later (1990), the place for carbon amongst the bicycle elite was sealed. Admittedly, it did take quite some time for the traditional-minded Europhile-roadie to come to terms with the idea (it was up to the pagans that took up the nascent sport of “triathlon” and the heathen American cyclist to dare to embrace new technology).

In this setting a steel bicycle with its corner joints filled with bondo just didn't make sense. Not when there were ultra-light carbon creations to be had.

Well it didn’t make sense, that is, until now. 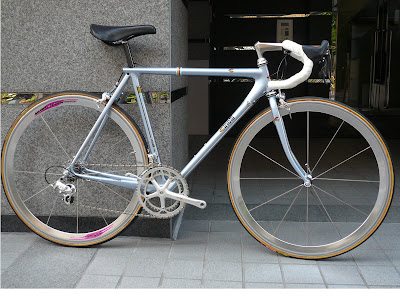 Thou shalt not covet thy neighbour’s bike... 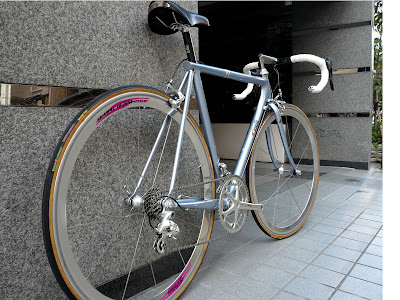 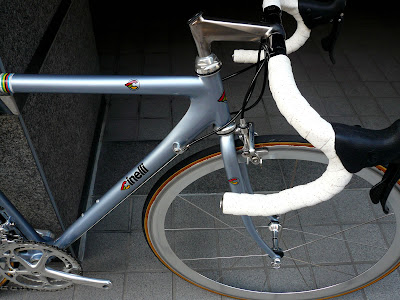 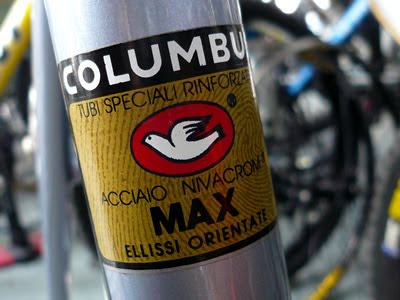 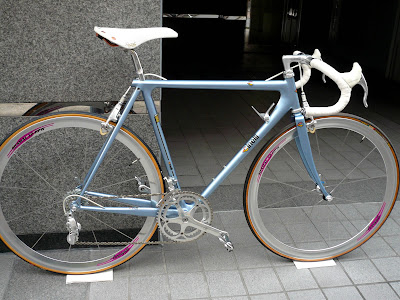 It is not that often that the sublime and the ridiculous gets captured in the one picture.

(the ridiculous, of course, being the fact that the 1st generation C record rear derailleur with the stamped logo has been paired with something other than a stamped 1st generation C Record crankset) 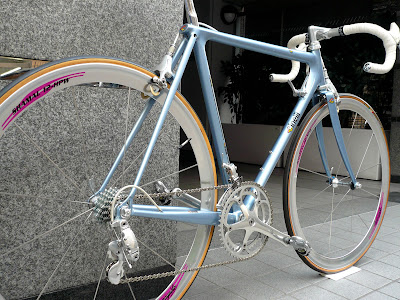 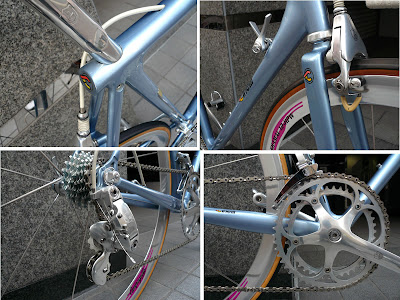 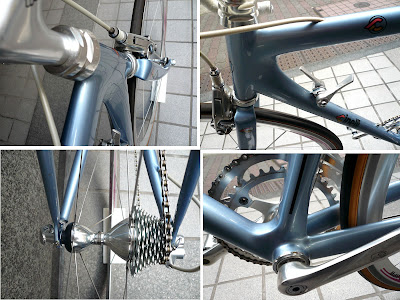 One version of the road-going Laser. Two examples.

* Brent Trimble who designed the Kestrel 4000 (as well as doing designs under his own name and working for Trek in their early forays into carbon) was an early innovator and proponent of composite bicycle frames. Pity that there is little recognition of his work - well not much that I can find on an (admittedly superficial) internet search. Alas I will have to rely on a fading memory and some old bicycle magazines. 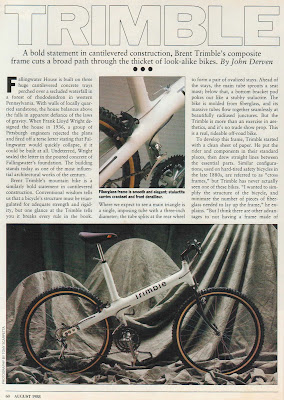 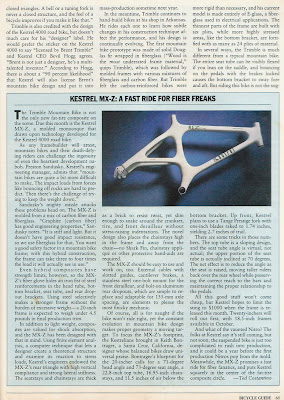 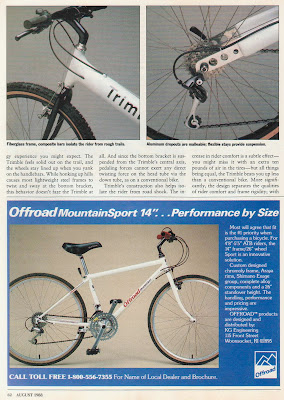 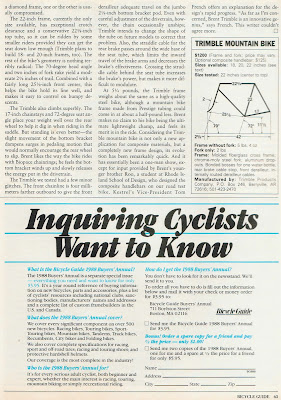 Bicycle Guide Aug 1988
http://www.mombat.org/Trimble.htm
And not to forget another member of the Trimble family ... 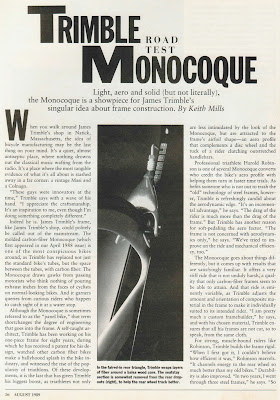 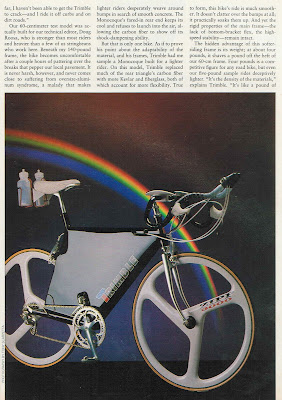 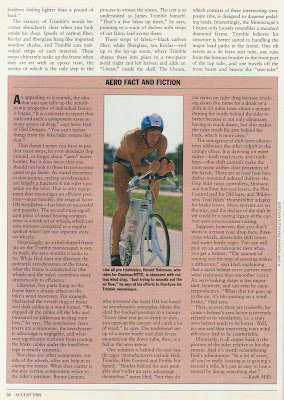 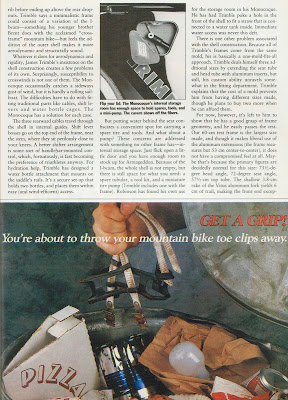 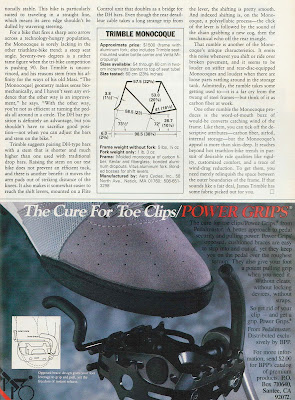 Hello there -
I have recently refurbished a 1987 Kestrel 4000 - a friend is writing a review article -
I wonder...
You seem to have many issues of Bicycle Guide - might you have the one from 1987, I think August, by T Constantino about the then-new Kestrel 4000?

Hi Bill. I went through my old issues of Bicycle Guide + other publications but couldn't find a review for the Kestrel 4000. I wish idid given the role it played in bicycle design/ manufacture. Sorry mate.