Specifically it relates to the 25th of April, 1915 when Australian and New Zealand forces (the Australian & New Zealand Army Corps) landed at dawn on the shores of Gallipoli. What was meant to be a quick strike against the Turkish forces (to open the Dardenelles for the allied navy) became a drawn-out 8-month stalemate with appalling casualties on both sides.

More recently ANZAC Day is taken as a time for Australians to remember those that fell in the service of their nation. Since 9/11 the various theatres of war have been thrown into the forefront of public consciousness. We fight to preserve the right to live in freedom (from restraint) and (the) liberty (to choose from what’s available). The more cynical will say that we fight to live in a manner we are accustomed to. And for resources that are important to us.

This is a bicycle blog site and I dare not venture any further than a superficial reference to this important date.

Going back to the reason for this post, here is a 3Rensho (San Rensho) keirin track frame from the 1990’s. There are a number of variations of 3Rensho lug styles and this example is almost certainly made by Makino after the retirement of his master, Yoshi Konno. A Japanese bike through and through with full NJS parts (Suntour Superbe Pro, Hatta, Nitto) made for the most Japanese of bicycle sports - keirin racing. 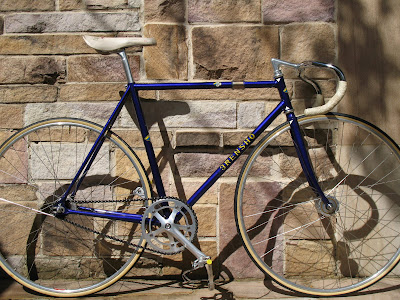 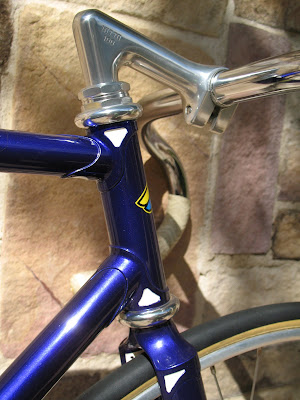 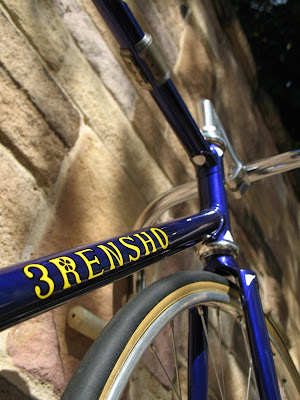 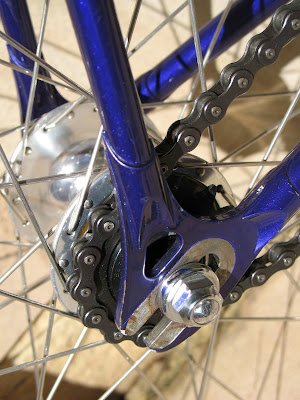 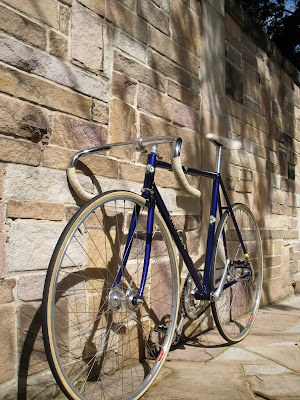 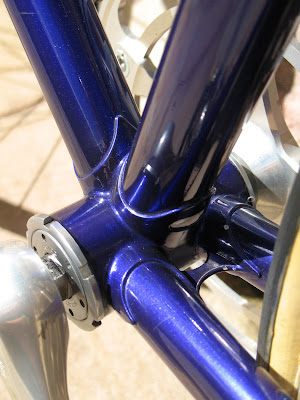